Schoolmate trying to steal my man 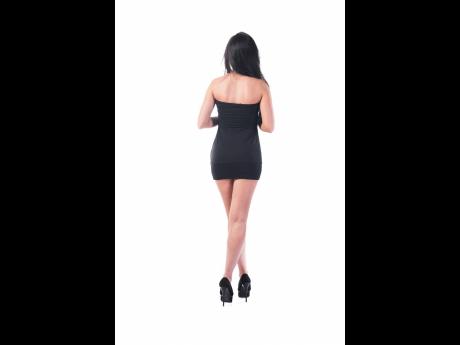 I am 18 years old and I am having a problem. My boyfriend and I have been together for more than one year. There is another girl who is still in high school and she is trying to take him away from me. I saw a text message and I warned her to keep away from my boyfriend. She texted me back and told me that regardless of what I do, she is not leaving him.

My boyfriend is big in sports, so he invited me to a match. Some of my friends who know that he is my boyfriend were there with me. This girl was sitting close to us and she started to disrespect me. After the game, my boyfriend did not come to me, he was with the team. My friends and I decided to leave.

I don't want to leave this guy. He is handsome. He is my second boyfriend. My first boyfriend was very rough, and if we had a disagreement he was ready to slap me. This guy drives his father's car whenever he wants to go out. Although he is not working, he gives me money whenever he gets money from his family members.

This other girl says that there are different ways in holding a man. I will not say them to you, because I respect you too much for that. My brother told me to leave this relationship because it will lead me into trouble. He said that the girl will attack me. Because of her, I have been walking with a pair of scissors, and I plan to stab her if she touches me.

I would love to join the army. My brother says my record would have to be clean. My boyfriend has just started university. I have not met his parents yet. He told me that it is his mother who would want to know a lot about me, because his mother is the head of a well-known organisation. We have gone to his house and have had sex there when his parents are not around.

He has a very long 'tool' and he knows how to use it. He does not plan to stay in Jamaica. He told me that I should get my passport, so he gave me the money to take care of that. I will soon apply for it.

My boyfriend doesn't want me to say anything else to the girl. He says many girls love him, but he only loves me. I do not believe that. I only know this girl is fooling around with him, and I suspect that he has gone to bed with her. He told me it has not happened, but I don't believe him.

I am glad to hear from you, and maybe I should ask you this question. Why is it that teenage girls engage in arguments, and even fights, over men? Sometimes people accuse young men and they call them 'gyallis', but they are young men who try to not get involved with many women. They would have sexual intercourse with them, but they do not want a permanent relationship.

Some young men cannot keep any money in their pocket because girls take away everything from them. But there are teenage girls who support young men and buy them gifts and always want to see them. Some girls like to associate with certain men because these girls believe that by associating with them, they are lifting their standard.

Now, back to you! This matter of walking around with a weapon is not something for you to practise. That very weapon may be used against you. Your brother is right. If you intend to join the army, you will have to have a clean record. I cannot tell you not to have a boyfriend, but what I can tell you is to be careful not to have unprotected sex with him.

I must also warn you not to pay much attention to this young girl who you know wants him. Many girls go after young men, but young men have to learn to ignore them because they can ruin them. Additionally, venereal diseases are still going around.

Whenever this young man is ready to introduce you to his parents, be ready for it, but don't force him to do so.