Slept with cheating husband’s best friend to punish him 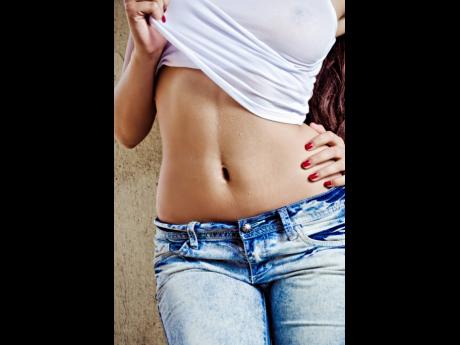 I have been reading your column for a long time, and I did not know that the day would come that I would have to write to you. But here I am.

I am 27 years old and I am married. My husband and I have one child. We have been married for two years. I was told that he had a lover at his workplace. I told him what I heard and he said I should stop listening to people, so I didn't harass him.

He comes home at a reasonable time after leaving work and sometimes when he is not going to be home right away, he would call me. Many times he would say to me, 'Hon, don't worry about cooking, I will pick up something for us to eat.' He was a very reasonable man. Everybody on my side of the family loves him. He gets along well with them. We have paid down on a nice house. We are paying the mortgage, but it is not strenuous.

I saw a text message on my husband's phone which he could not explain. In the message, a girl told him that she has always loved him and although he is married, she wants him in her life.

My husband has become very secretive. He put a password on his phone, so I couldn't read anything on his phone, so I started to watch him. I found out the name of the girl, but this was a different girl from the one I heard about at his workplace. He suddenly turned wild, then started pressuring me to have another child. I told him I was not interested in having another child.

One Saturday, my husband told me where he was going, and I asked him why. He said that he and a couple of the guys were meeting there. But it wasn't the guys, he was going with a girl.

When he left, I decided to trail him, but he lost me. I said to myself, 'What a fool you are making of yourself.' It happened again. He told me he was going out and I asked him if I could come with him. My husband is the kind of man who would take me anywhere because, believe me, I look good. He didn't want to take me out, so I called one of his friends about my suspicions. He told me I need not worry as he would find out what's going on.

I refused to have sex with my husband. I also decided to hurt my husband by sleeping with the same guy who helped me to uncover his dirty deeds. He told me that if I want the both of us to have an evening of fun, he will be up to it, and that is exactly what I did. I wasn't thinking right. This man has his wife and children and I know them, but I had sex with him to punish my husband.

Now that I have done so, I am not functioning well. I feel so bad about it. But I know he still has his girlfriend. I know he will not forgive me if he were to find out that I had sex with another man, especially his close friend. I am asking you for your wise counsel.

This man should not be considered a friend. A good friend should protect each other. From the time he told you that your husband tells him everything, he should have counselled him, but instead he encouraged him to do wrong. He probably had his eyes on you for a long time, and this gave him the opportunity to take advantage of you.

I have always told women not to try to trail their men. There are things that are better for them not to know. Now you have complicated everything.

I cannot tell you to tell your husband what you did because he might react in a very violent manner. It is totally up to you. Now that you have cheated, you see that cheating does not help. You have my prayers. If you feel confident in making an appointment to see a family counsellor, do so.