My brother does not deserve his girlfriend 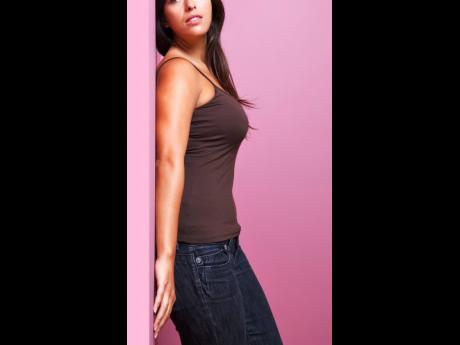 I am 23 years old and I am a Christian. I have a brother who is also living at home, but he is a heavy smoker. My boyfriend told me that the reason why he is so aggressive is because he mixes the ganja with another type of drug. He has threatened me so many times, but I am not afraid of him. He is afraid of me because my boyfriend is a law- enforcement officer.

My father told him many times to leave his house, but he has refused to do so. When he does not smoke his weed, he is a very calm and loving brother, but his head seems to be very light and he will not stop smoking the stuff.

My parents sent all of us to school. He has five Caribbean Secondary Education Certificate passes and I have four. We have encouraged him to go to the HEART/NSTA Trust, but he is not interested. His girlfriend has tried to talk to him, but she is frustrated. She told him that if he does not change, she would leave him. He told her no other man will get her, because of what he would do to her. Whenever he is sober and she tells him what he said to her, he denies it.

This girl has told me that she is secretly seeing another guy, who has proposed to her. The relationship had gone further than just casual friendship, because the guy came to Jamaica and stayed at a guest house, where she spent two days with him. My brother thought that she was staying with relatives.

I like this girl as a sister-in-law, but my brother does not deserve her. She works hard and she saves. On the contrary, my brother spends all his money on weed and liquor. He has also taken up gambling. She trusts me, and she knows I will never let her down. She is planning to go away for Christmas and not to return. Should I encourage her to go, or should I keep praying that my brother will change?

Your brother is not ambitious. He is behaving as if he is going to be under your father's roof until he dies. You say he has a lovely girlfriend and both of you get along well. She has tried to encourage him to go back to school, but he is not interested. She wants to know what she should do. I suppose you will like to be loyal to your brother, but at the same time, you wouldn't want to see this girl waste time.

Tell her that if she wants a better future then she should leave him. Already, there is another man knocking at her door, and she loves that man. He has been to Jamaica to see her. Your brother threatened that he will do her things if he comes to the knowledge that she has a man. So right now, it is time for her to put the cards on the table, so to speak. She should tell your brother that she is not prepared to continue with him because she does not see them having a future together. She confided in you that she spend some time with this other guy. That is something you cannot allow to slip.

She should marry the man who lives abroad if she loves him. Right now, your brother is behaving as if ganja is his first love. I really hope he will change. This girl should stop wasting her time with him.