I want someone to come and nurse me 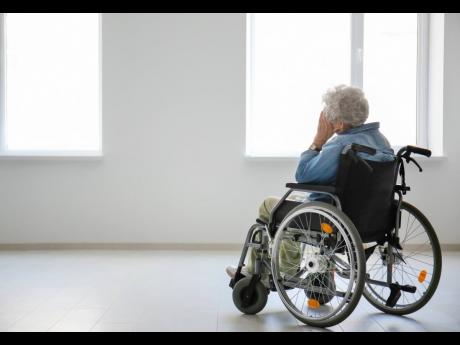 I live with my son, and sometimes his girlfriend is here with me. I don't have any bills to pay. My son is a gentleman. He takes care of all the bills.

He used to be with a woman, who used to live here with us. But she was not nice. One day, I was not well and I had an accident on the bed, yet that wicked girl did not help me. I had to stay in my mess until my son came home. He asked her why she didn't try and clean me up. They got into an argument and she told him some bad words in front of me. My son was so angry that he told her to leave right away. I had to beg for her. But he said he couldn't have any woman disrespect me in that way.

My son cleaned me up. When I woke up the following day, his girlfriend was still here and he decided not to go to work. She packed all that she had and got a van. I had some money and before she left, I told her where I had it. She went to look and found it. I told her to take $7,000 out of it. I couldn't let my son know that I gave her money.

This other girl that my son has comes to the house every day to check on me. She has three children. She is a lovely girl. I can't move around as I used to. I am under a doctor's care.

My children, especially my son who is here with me, treat me like a queen. He was planning to marry the girl who was here with me, but now he is saying he may never get married. His new girlfriend says that her father needs her attention, so she cannot come and live with my son.

Pastor, the other children are willing to pay for a nurse to live here. But his present girlfriend says that she does not trust him with another woman in the house, and she does not want the competition. I think she is just jealous. He likes his women, but when the other girl was here, she never complained to me about him having other women. I want someone to come and nurse me, because I need more than just food.

Pastor, I want you to know that you are my biggest company at nights. I don't only read your column, but I listen to you on the radio. Sometimes you make me laugh. It is one of my grandchildren who is writing to you on my behalf. Keep up the good work. I am also a Baptist member.

Your son was quite correct in asking his woman to leave immediately. She was very disrespectful. Even though she might have been upset over what he told her, she should not have used foul language to him in your presence. Neither was it right for her to punish you by leaving you in your mess until your son came home. That would cause anybody to get angry. By not changing you and cleaning you up, she was sending a loud message to you and to your son that she doesn't care about you. I repeat, he was quite correct in asking her to leave. However, I am glad that he did not lose control of himself and beat her. By leaving you in your mess, she was saying that she is not prepared to take care of you. Perhaps she was also saying that she was not being paid to do so, or that is not what she is there for.

I am glad that your son has found another woman who has been very good to you. She is living at her father's home and she has to take care of him. She is not willing to come and live at your house. But this woman doesn't trust your son enough to have another woman in your house. She feels that he would become sexually involved with her. You may not see it that way, but that is how she feels.

Your children should be able to reason with your son and convince him that he should put you first. Perhaps he can get a woman who is closer to your age, but is strong enough to take care of you.