Don’t know if she’s pregnant for me 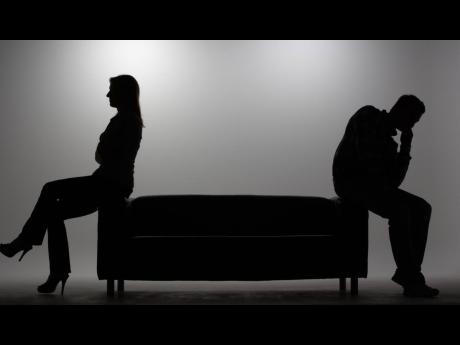 Two years ago, I met a woman. I knew her brother, who introduced her to me. She was a very beautiful woman. Her brother told me that she was once married but her husband was not a responsible man, so they did not get along well. Whenever I ask her about her past, she tells me that she does not want to talk about that. She only wants us to talk about our future, if we are interested in each other. I do not have children, and neither did she at the time.

She did not tell me that another man was interested in her, but one night we were watching television and her phone rang and she told me to keep quiet. I could hear when the person on the line asked her, "Do you have company? Why are you talking softly?" She replied, "I have my brother here with me, so I don't want him to hear what we are talking about."

I was so surprised. She told him that she would call him back. I asked her why she had to lie and she said she did not want the person to know that she was seeing me, especially since I am younger than her. I am five years younger and when we just met, she told me age was just a number.

I don't want to ask her brother about anything because they are very close, and he would want to know why I am asking these things and he would tell her. She has introduced me to some of her friends, but I observed that she has to be there whenever they are talking to me. She seems to be afraid of me talking to them alone. They might reveal certain things to me.

I am writing to you because she is always in need of money, and I believe that she is testing me to see if I have good savings. Pastor, she is now pregnant, but I am not sure that the child she is carrying is mine. I think it can be for the guy who called her one night when I was there, so what do you suggest I do?

This woman is a trickster and regardless of what she says, you need to know a little about her background. I don't think that you are demanding that she tells you everything, but surely you do not know enough to make a lifetime commitment with this woman. So, as soon as the baby is born, try and do a DNA test to ascertain whether you are the father; and if you are the father, support your child. But don't marry this woman, because she is nothing but trouble. I wish you well.