Pregnant for my co-worker 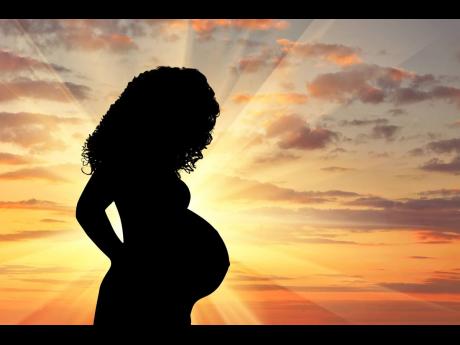 This is the second time I am writing to you. I am 21 and my boyfriend is 24. I have found myself pregnant by another man.

I work with the other man and we would have sex occasionally, but he would always wear a condom. This last time he did not have any, but he was going on a vacation and he asked me to give him a goodbye present.

I love him so much and trust him so much that I agreed. He said that he would withdraw while we were having sex. He was telling me some really nice things, and how he would love to leave his woman and be with me forever. He totally forgot that he did not have on the condom and he discharged in me. He said, 'Oh my (expletive). I did not remember to withdraw.'

I said to him, 'Remember I do not want to get pregnant,' and he said he knew. He gave me $5,000 to purchase the morning-after pill. I did not buy them. I spent the money on something else.

When I missed my period, I told him. He cursed me and called me foolish. He told me he could give me more money if I wanted to purchase something else. I asked him if he wanted me to do an abortion and he said no, but I can't call his name. I thought the man would say, 'Okay, I will come and live with you', because he told me he loved me more than the woman he was living with. Now, he is telling me that he will not leave her because he does not want to let down his family. I am living with my parents. I asked him to come and meet them and he said no.

I love this man so much. I see him every day, because I am at work. The other young women at our workplace don't know that he is the one who got me pregnant.

You have been very, very careless. I need not comment whether it is right or wrong for this man and you to carry on a love affair. But I do know that both of you have been mighty careless. This man got carried away while having sex with you and totally forgot not to discharge in you. The withdrawal method is the most unreliable method of birth control. Evidently, you wanted to become pregnant, and I say that because he gave you the money to buy the morning-after pill and you didn't. You decided to take the chance and used the money to do other matters.

Now here is the man 'washing his hand' and saying you are on your own, and that you are not to call his name because if you do, his folks are going to turn against him. At the same time he does not want you to do an abortion.

Here is what I suggest: have your baby. Let this man give you all the things that are necessary for the baby. Make sure that you get your maternity leave. Your mother, I am sure, will answer your situation and family members can give you help. Do not make a big issue over the matter, although having a baby is a big matter. Perhaps part of your carelessness was due to what he told you. Remember, he said he would leave his girlfriend and come to you because he loves you more. Now you know that was only 'man talk'; he didn't mean it. I believe, however, that this man cares for you and will support his child.

Perhaps the time will come for you to leave that job, but go ahead and do your best; and don't make it difficult on yourself by calling his woman and telling her that you are carrying his child. I believe everything is going to be all right for you as the days go by.