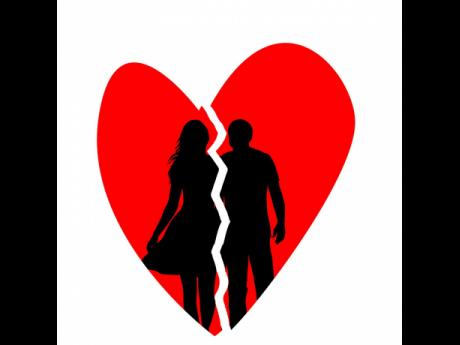 I am 30 and I am living in the USA, but I am Jamaican. I got married three years ago to a young Jamaican woman. I always promised myself that I would prefer to marry somebody from Jamaica who understands my culture.

I have been living in the USA from I was 22 and I always dated girls from here, but I found them to be money-grabbers.

Afterwards, I started to date this woman from Jamaica. My mother loves her. This woman was working at the time and she had a child. The child was seven, but she allowed her to do whatever she wanted.

She did not want me to correct the child's behaviour. One day the child went into the refrigerator to get some ice cream, but I told her that she should not because she had some the day before.

She promptly replied that she could eat ice cream anytime because I didn't buy it. When I told the mother what she said, she agreed with her daughter.

I was hurt. I mentioned it to my mother, and she told me that the girl was not accustomed to having a man talk to her, so I should try and understand.

My mother told me that we should go to a family counsellor. We had two sessions and felt everything was all right.

We got married, but all her Jamaican ways have disappeared and she has taken up the American style of living. She cooks when she feels like it. She does not save any money.

Before we got married, she said we could think about having children, but now she does not want any. I am so glad that I learned to cook. On Sundays I like my rice and peas, but I have to do it myself.

I found myself straying and now I am involved with another woman. My wife suspected and asked me if I was seeing someone else; I told her no.

But I went back to her and confessed. She shocked me when she said that she had started to see another man. I don't know what to do, so that's why I am writing to you for your advice.

I am sorry to hear that your marriage is not going well. I am sorry that you were disappointed in this Jamaican woman.

It is the dream of many men to marry a woman from their homeland, and some of these marriages have been very successful.

This woman should have taught her daughter to be respectful to you. The little girl did not understand that although her mother might have bought the ice cream, that did not give her the right to eat it as often as she wanted.

She did not understand that as a family, she ought to respect you. She saw that her mother did not respect you; she saw that the role you played in the house was not significant.

You and your wife attended counselling sessions, but it did not help your wife. You thought she would change, but she did not. You should not have married her because she did not respect you.

You thought she was driving you to other women; at least, that's how you saw it because you were not happy with her, and other women accommodated you.

You were in darkness because, evidently, she was dissatisfied with her marriage. So while you were seeing other women, she was seeing other men.

It does not appear that this relationship will work. Here you are, shocked at her behaviour. Perhaps you should see a lawyer, and you and your wife should go your separate ways by divorcing each other.

It is tough to say that to you. You don't want this woman anymore and she does not want you, period.