Sleeping with a married woman and her niece 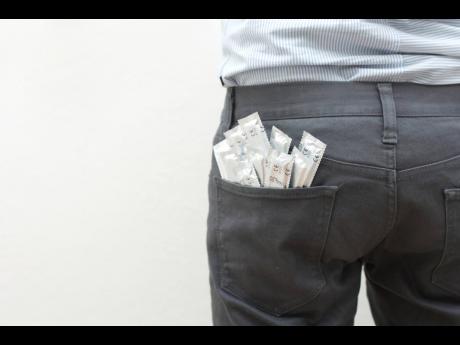 I have been reading your column and I enjoy doing so. I am 19 years old. When I was going to high school, I became involved with a married woman.

I used to take the bus to school and whenever this woman saw me at the bus stop, she would stop and give me a ride.

That was happening almost every day, because she was taking her daughter to a prep school.

One day she told me that she loved me and she had always admired me. I did not know how to react, so I told her that I didn't understand what she meant.

She said that she loved me the way a man would love a woman or a woman would love a man. I told her that she should remember that I was a schoolboy, but she said she would teach me everything.

Pastor, I tried not to be at the bus stop at the time when I knew she would be passing. But sometimes I could use the ride because that would save my bus fare, which I could use to do other things.

I always sat in the back seat, but then after she dropped her daughter to school, she would invite me to sit at the front. Then she would touch my legs and tell me rude things.

When I was 17, she invited me to her house and we had sex. It was not the first time I was having sex, because I had a girlfriend.

The reason why I am writing to you is because this woman has a niece, and the niece and I are now intimate and the woman does not like it.

She told me to break it off because if anybody in the family should have me, she should.

She said that she knows that's not possible because she is married, but I am always on her mind. I love her niece, but I don't know what to do.

It is unfortunate that you got involved with this married woman. But, by now, you should know that it is not unusual for older women to become involved with young men who are attending high school, especially if these young men are well built, neatly dressed, and speak well.

Some women don't seem to care if they are married, and some spend big money on schoolboys. They buy expensive gifts for them and they don't have to worry about lunch money.

I suggest that you tell this married woman that you made a mistake by having a relationship with her, but she should know that it is over, and it is wrong for her to fight you over your present relationship.

She should allow you to pursue the relationship with her niece because you are in love with her.

However, this woman might be so bitter that she might want to cause trouble with her own niece. So you should probably consider ending the relationship with her niece.