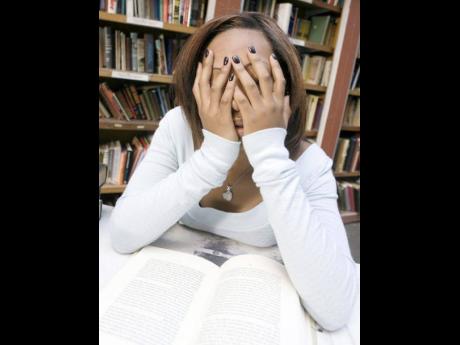 I would like to ask you a couple of questions. First of all, I am 23. I grew up in a Christian home, so I never went out with a man until I was 19, and that was the night I had my first kiss. The guy was also 19, but I was confused, because while he was kissing me, he was trying to unzip my pants. I was so shocked. I had to push him away. I asked him what he was doing. This guy claimed to be a Christian. I didn't enjoy the balance of the evening.

When I got home and thought about it, I cried because I was staying at my aunt's house and when this guy asked me out and I told my aunt, she said he was a Christian.

INVITED ME TO HIS GRADUATION

The same guy called me back after a year and invited me to his graduation, but I did not attend. I am now much older and I am still at home.

My parents would like to see me get married, but since I told them that my current boyfriend has two children with two different women and he is not a committed Christian, they have been telling me to break up the relationship.

This man is 39 and we went out for six months before we had sex; up to that time I was still a virgin. He was never married. I love him.

Is it wrong to marry the man I love just because he has two children with two different women? I know the children and he told me how one of the mothers got pregnant.

She came to visit him and they were drinking. He said she got him drunk and the only thing he remembered is that when he woke up, they were in bed naked.

The mother of his other child is a director of his business.

His business is blooming and my only concern is, because his child's mother is a part of it, they are not sexually involved. My parents don't know that about her.

What do I do, pastor?

I don't think I should comment on the behaviour of the guy who took you on your first date, except to say he was such a fool, and you were correct not to keep him as a friend.

Concerning your present man friend, I can see that you love him very much. This man is evidently a wise man. For six months he took you out and never pressured you for sex although he is not a Christian. That impressed you.

Your folks are concerned because this man has fathered two children with two different women and he hasn't married any of them. And he is not a Christian. To them, this man might be a player.

You are really in love with him and that is why you can believe what he said about how one of the women got pregnant. Take it from me, he is talking absolute nonsense.

He is putting the blame on the woman. Foolishness.

The other woman works with his company. However, if you are determined to marry him, you should be sure that he is not having an intimate relationship with this woman.

You may have trouble with this woman in the future.

Your relatives cannot choose for you, but you should tell them more about this man. And you should continue to be careful.

You are only 23. You should not rush into marriage.