She won’t leave her mother to be with me 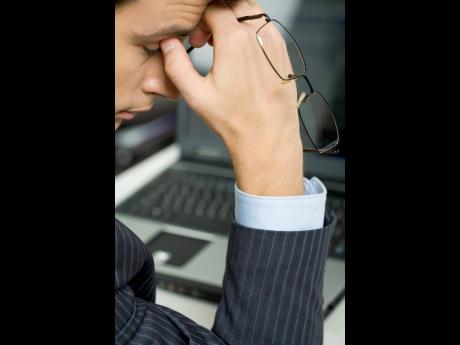 I am a regular reader of your column, and I find it very interesting. I am 30 years old, and I have a girlfriend in Jamaica. We have been friends since we were both in high school. But after high school, I joined my parents in America, went to university, and got married, but my marriage did not last.

My girlfriend in Jamaica and I never lost touch. While I was married, nothing was going on between us. I have two children, and I am taking care of them. I came to Jamaica and met my friend, and the love that we had for each other rekindled.

She does not have children. She told me that she had a boyfriend but that he got into trouble, so she left him. She is two years older than I am. I can say that she is prettier now than when we were in school together.

The problem that we are having is that although we would like to get married, she does not want to leave her mother. Her mother has not been well for a few years, so she is taking care of her. Her mother has a helper, but my girlfriend told me that she has dedicated her life to taking care of her until she dies. Getting married would mean that she would have to migrate to America and leave her mother. She is not prepared to do that. I told her that I would work with her on that.

What do you say, pastor?

I say that you are crazy. You should not give this woman the impression that this type of relationship would work. This is not going to be a boyfriend-girlfriend situation where you would see each other every three or four months. This is a long-distance relationship in which you and your wife would have to be apart for a long time. So it is utter nonsense to assure this woman that it is going to work. It is not going to work. So don't try to fool this woman.

She told you the truth. She wants to be with her mother. Her mother is not well. Would you be prepared to come to Jamaica every week to see your wife? How are you going to handle that? Why fool yourself and fool this woman?

She has been doing without a man for a long time. You don't know how long her mother is going to live. You might think that you would be able to live without a woman, but you can't. You know that very well. It is likely that you would cheat, and your wife would not like that. So as much as you like this woman, tell her that you do not believe that such relationship is practical.