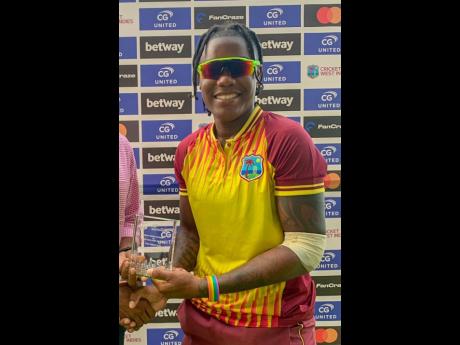 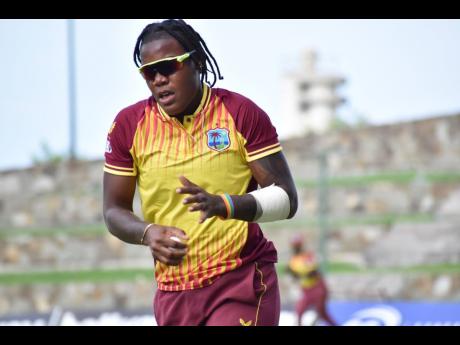 Jamaica and West Indies all-rounder Chinelle Henry takes a catch in the deep during the West Indies vs New Zealand opening T20 international in Antigua yesterday.
1
2

Jamaican all-rounder Chinelle Henry put in a player-of-the-match performance with the ball to help the West Indies eke out a narrow one-run win over New Zealand in the first of five Twenty20 Internationals (T20I) in Antigua yesterday.

New Zealand's White Ferns asked Windies to take first strike and the hosts got off to another disastrous start with Jamaican opener Natasha McLean failing to trouble the score.

Captain Hayley Matthews and the promoted all-rounder Aaliyah Alleyne took the fight to the visitors and put on 66 runs for the second wicket.

The usually aggressive Matthews perished, however, after facing 23 balls and scoring 15 runs, which punctuated a mini-collapse as the Windies lost their next three wickets for 17 runs.

Among those wickets was that of Alleyne who scored a career-best 49 from 37 balls including seven fours.

The Jamaican pair of Rashada Williams and Henry then chipped in with scores of 15 and 10 respectively to inch the host over the 100-run mark, and in the end, a put up a total of 115 in their allotted 20 overs.

Despite 23 runs from 18 balls from captain and opener Sophie Devine, the visitors lost wickets at regular intervals and were precariously placed at one stage at 75 for eight in the 15th over.

Late order defiance of 21 runs for the ninth wicket between Hannah Rowe and Izabelle Gaze threatened to steal the match, however, it was a little too late as the visitors who needed to get 20 runs from the last over, managed only 18 to hand the win to the host.

Rowe ended not out on 27 runs from 21 balls with two fours and a six, against three wickets for 26 runs from Henry and two wickets for 18 runs from leg-spinner Afy Fletcher.

Henry summed up what was a good start to the series for the regional women.

"The coaches told us to go out and be fearless. We wanted to score more runs, but we went out as a bowling unit and backed it up with good fielding and got the job done."

The teams will lock horns in the second match of the series on Saturday.