Wallace slams selectors after being ‘bamboozled’ by World Cup squad 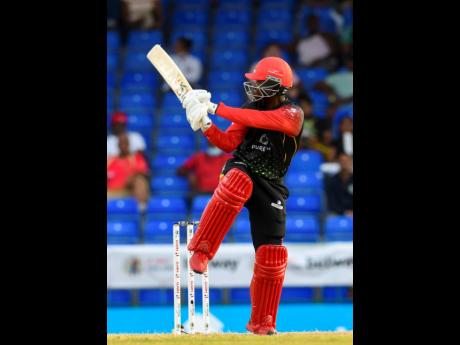 Former West Indies opener Philo Wallace has lost faith in the Roger Harper-led selection panel, and says serious consideration should be given to finding a fresh cadre of selectors to chart a new course for the future.

Admitting he was "bamboozled" by the 15-man squad and four reserves chosen for next month's Twenty20 World Cup and the inconsistencies in relation to fitness standards, the 51-year-old Wallace argued the new generation of West Indies players could not be left to the whims of the current panel.

Wallace, a former Barbados captain, was also a member of the recent task force established by Cricket West Indies to review the region's selection policy.

"I am really bamboozled at how he (Harper) and his panel have come up with this 15 and also the reserves," said Wallace, who played seven Tests and 33 One-Day Internationals between 1991 and 200.

"I really want to know if they will be charged with the responsibility of looking to lead our new generation for the next World Cup or World Cups because this squad that has been picked, there's not a lot of future in it."

He continued: "The selection panel has really surprised me. I'm disappointed in them and I hope that someone can tell me when their tenure ends so that we can look for some new selectors who will acknowledge a policy that is there and will work, if it is administered in the right way.

"I'm surprised they've picked the squad [they have]. The horse has already bolted with that squad. I want to know about the future squads - The T20, and the ODI and the Test squads - and if Roger Harper and his panel are going to be charged with the responsibility of selecting more West Indies squads for more international matches."

Wallace highlighted fitness as one of the main inconsistencies in the squad, contending selectors needed to provide "clarity" on the matter, especially where fitness standards and medical exemptions were concerned.

The likes of fast bowler Odean Smith, batsman Sherfane Rutherford and off-spinner Sunil Narine - all of whom were among the top performers during the recent Caribbean Premier League in St Kitts - were ruled out of selection after failing to meet CWI's fitness requirements.

However, veteran left-hander Chris Gayle, who turns 42 next week, was handed a medical exemption, along with the 36-year-old seamer Ravi Rampaul, who was recalled to international cricket for the first time in six years.

Gayle has endured a protracted slump, averaging 17 from 16 T20 Internationals this year and a meagre 16 in the recent CPL. Rampaul was among the tournament's leading wicket-takers with 19 scalps but has played precious little T20 cricket of recent, and got the nod ahead of 26-year-old pacer Romario Shepherd, who claimed 18 wickets.

"I don't think players should have exemptions ... this is serious cricket we're going to play," Wallace maintained, while speaking on Starcom Radio's Mason and Guest.