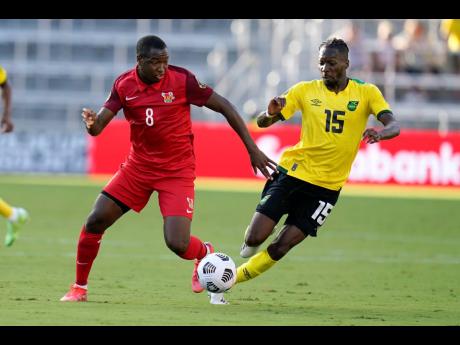 The 27-year-old midfielder, who made his debut for Jamaica on June 7 in a friendly against Serbia, was on target in the 22nd, 39th and 80 minutes. Elfsborg's Sveinn Gudjohnsen was shown a straight red card nine minutes into injury time at the end of the game. Despite the win, Ostersunds remain rooted at the bottom of the league (16th) with just 12 points from 19 games. Djurgarden lead the league with 38 points.

Turgott who was engaged in all four games Jamaica played at the recent Gold Cup tournament in the United States said in a post match interview that it was 'great to get the three goals.'

"There is nothing really better than a hat-trick and a 3-1 win. Obviously, 3-0 would have been better but it is what it is, the most important thing was getting a good result today and then go on to the next couple of games."

Turgott, who came on as a second-half substitute in the September 8 Concacaf World Cup qualifier against Costa Rica, said his confidence has been boosted by his selection for the Jamaica team although the midfielder, after seven games, has still not found the back of the net for the national team as yet.

"There is no better feeling than playing for your country, for your family and for the people that you represent and it is an amazing opportunity," he said.

He added that he will be doing his best to help Ostersunds climb out of the relegation zone.

"We have been unlucky this season for various reasons but like I said we just have to use that (3-1 win) for motivation to push forward and to climb up the table," Turgott said.

The Jamaican international was born in Bromley in south east London, England, and started his professional career at West Ham. He then played for several clubs in the English lower leagues before moving as a free agent to Ostersunds in 2019.