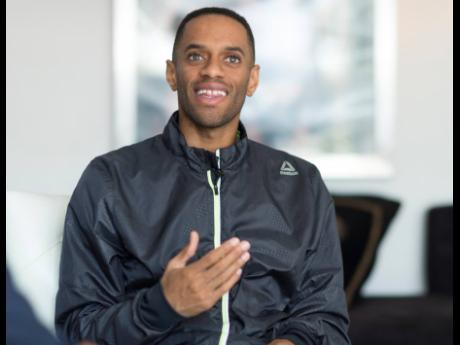 When Olympian Kemoy Campbell broke the 5,000m open record at the ISSA/GraceKennedy Boys and Girls' Athletics Championships (Champs) in 2010, it was the precursor to him claiming national records and becoming the first Jamaican man to compete in a World Athletics Championship final over the distance.

The 29-year-old said that he has kept his eye on Champs yearly in the hope that a promising youngster would break his 10-year national junior 5000m record of 14:18:55 minutes. He says that should the record fall, it could signal future professional success, which he hopes doesn't stop with him, after his forced retirement because of health issues.

"Whenever I watch Champs, I'm looking out for someone to break it," Campbell told The Gleaner in an Instagram interview on Thursday. "If someone breaks it, that means there is a promise of another distance runner for Jamaica. And I'm always thinking that there should be one more.

Take up the torch

"Yes, my career was cut short, but that doesn't mean that someone else can't come and take up the torch from where I dropped it."

Campbell was forced to retire from the sport last September after complications from a heart attack that he suffered during last year's Millrose Games. He says that knowing the pressures and challenges that come with being a national long -distance runner, aspiring athletes must be resilient in facing such obstacles.

"I believe that starting from Champs, if you put the work in, you will definitely break that record, and if you break that record, I'll be a happy man because I know that someone else is ready to take up the torch from me and might even go further."