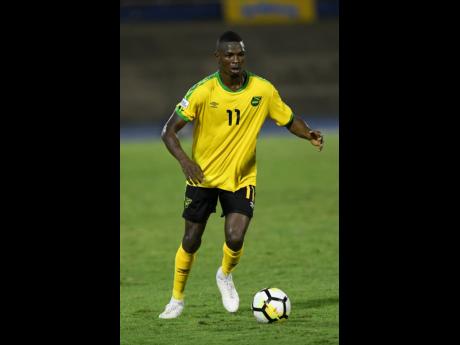 Jamaican international Cory Burke will not rejoin the Philadelphia Union in time for the return of Major League Soccer (MLS) in Orlando, Florida, tomorrow. American reporter Joe Tansey says Burke, 28 years old, was expected to return to the Union after his loan spell with Austrian Bundesliga club SKN St. Polten, which ended last Saturday. Because of travel restrictions caused by the novel coronavirus pandemic, he won't be available for the MLS is Back tournament, a cup styled competition to quickly resolve the league, which stalled in March because of the pandemic.

Union sporting director Ernst Tanner confirmed the news, saying that Burke would not have arrived in time for him to do the compulsory health procedures required for clearance to play.

"Due to current circumstances, we are still working with the proper authorities to bring him to the United States," Tanner said through a team's spokesman. "He is unable to join the team in Orlando since he will have missed the mandated quarantine and testing protocols."

Burke has not played for the team in more than a year, having been forced to return to the island last May to resolve issues regarding his P1 Visa. He was subsequently loaned to Red Stripe Premier League champions Portmore United, where he scored 11 goals. His P1 status was restored and he was available to return in January, but was loaned again to St. Polten with the goal of giving him match sharpness. He registered four goals and two assists in 11 appearances for the club and played a part in ensuring St. Polten avoided relegation.

Andre Blake, Burke's teammate for both the Union and Jamaica, will be preparing for his MLS return on Thursday when the Philadelphia Union face New York City FC in Group A.