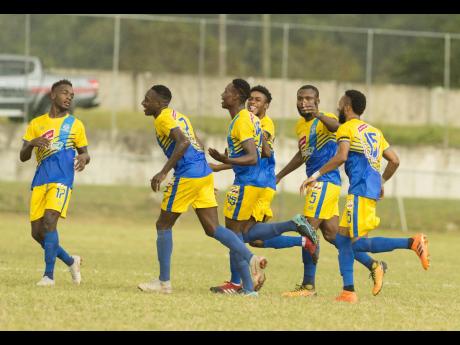 In an effort to revive their fortunes of the past, Harbour View Football Club has recalled one of their most successful former coaches, Gregory Bartley, to help rekindle the success he achieved with the club during the '90s and early part of the 2000s.

But the former G.C. Foster College lecturer, who witnessed the club becoming less of a title contender in recent years and their struggle against relegation last season, hopes to make them competitive again this season, even though he does not plan to make much addition to the team.

"I am not reinventing the wheel, I am just trying to get things back the way they use to be. I was there from 1994 up to 2002 and we had a very competitive team. We used to win all the competitions, the Major League, the knockouts was a regular feature as well, and it was a very successful period. This season we are not looking at fighting relegation, we are looking to fight for the title. That's our aim. I have seen quite a number of young players and I like what I see. We hope that as time goes on, they will learn and get a better understanding of what we want, and I think we will be able to come through," he said.

Bartley believes in the very talented group of young players at his disposal, but his hope is that the senior players will help them along the way. "Looking on (last season), the youngsters lacked guidance from the seniors in the team. Everyone was fighting from the start, so the youngsters who came in didn't get a chance to have a good run, because the senior players weren't performing and were trying to keep their spots in the team, and they were chopping and changing too often, so they didn't get the time to build. This season, we hope to blend the younger players with some older players. Once they have a good mental (state) we should be able to produce," he continued.

Nevertheless, Bartley is confident that with head coach Howard Cephas at his side, they will be able to turn the club's fortunes around from this season leading into next. "We will try to play attractive football as we always do, and we will be competitive from the first whistle. We will compete with all other team. We might not have the name players, but once you put the players together they should be able to deliver. Don't take my word for it, take the word of the players on the field. I think they will give a good account of themselves," he said.