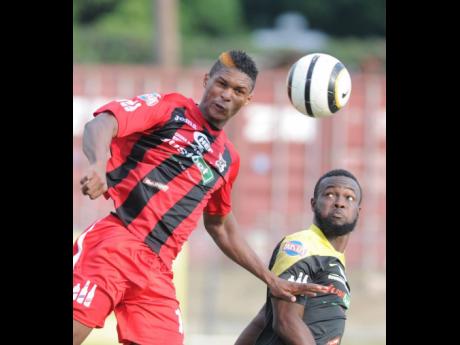 The 29-year-old Clennon is returning to the RSPL after plying his trade for the Kesla in the Azerbaijani top league, where he netted four goals in 26 appearances for the club last season.

The vastly experienced Price, who made the move from his boyhood club Boys' Town to Humble Lion at the end of last season, told STAR Sports that Clennon is a good addition to his team's attacking unit.

"I don't think that there are better strikers in the country than him," said Price. "He is a post-up player and there are very few guys like that in the country like this at this time," he said.

"It is good for us because I think he will assist us in the goalscoring area. He looks very good and he is gelling with the team, and so I am really happy with what I have seen from him," Price said.

"I have put out a challenge to him that I want him to be the leading goalscorer in the league and he has accepted that challenge," he said.

Humble Lion failed to make the play-offs last season after finishing eight in the 12-team standings. Price pointed out that everything have been going well so far in the preseason, and they are now looking forward to the start of the competition, which is set to begin in September.

"Things have been pretty good because we have been putting a lot of ground work and preparations and it has been very encouraging," said Price.

"The response from the players and management staff is very good and I think that they understand the philosophy that we want to put in place, and I think we are going in the right direction," he said.

"Our first job is to get to the play-offs and anything from there is bonus for us, and so we are looking forward to the start of the season," Price stated.

Clennons last played in the league in 2016.