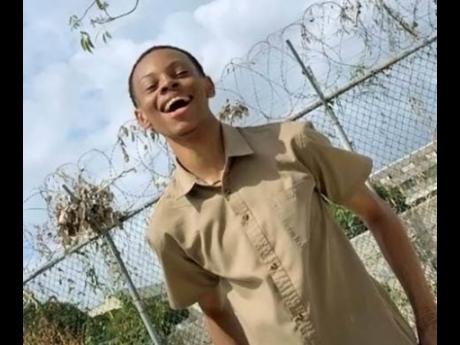 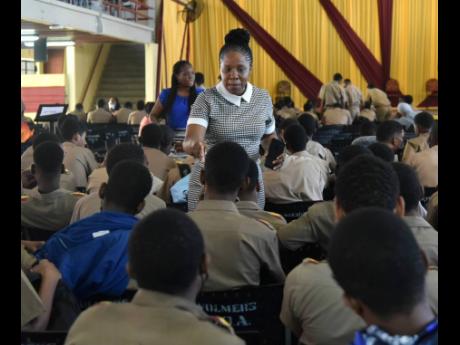 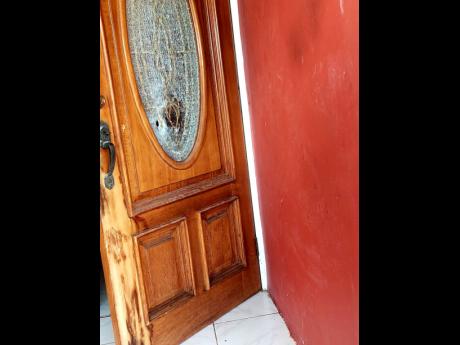 The bullet pierced door to the home where 15-year-old Raheem Shaw lived before he was shot dead early yesterday morning, allegedly by his father who it is believed mistook him for a robber.
1
2
3

Hours before 15-year-old Raheem Shaw was allegedly shot and killed by his father, who mistook him for an intruder, the teenager was in an upbeat mood.

One of his friends at Wolmer's Boys' School said Shaw laughed and chatted up a storm as they watched Lionel Messi lead his band of Argentinians to a comprehensive win over Jamaica's Reggae Boyz on Tuesday night. The teenagers utilised a social media platform for their group chat.

"We were in a really happy mood and we were having a debate about Messi and [Cristiano] Ronaldo, and we were saying that Messi was the greatest of all time. We were just having fun," the teenager said.

The boys expected that their football discussion would have resumed when they met up at school yesterday, but instead, they were in for a massive shock. Shaw, who they described as jovial and articulate, lost his life in a most bizarre manner.

Police said the fifth-form student was shot as he attempted to enter the house about 3:13 a.m.

"All of this still feels surreal, because when the news announced that someone had died this morning, we were in fear because we did not see him at school," Shaw's classmate said. "When we found out that it was actually him, my world stood still.

"I always heard people say it but when it happens with you, you really understand what people mean. We would talk about our futures and how we are going to be with our kids and so on when we grow up, and then you realise that he is really not going to experience that, and this makes you question the value of life," the grieving student added.

Shaw is said to have had an interest in real estate, and was an avid business student. Karleen Grant, the school's fifth-form coordinator, said not only was Shaw an A student, but he was also an active member of the school community. She said the teenager was an avid basketballer and a member of the business and Young Investors Clubs.

Wolmer's principal, Dwight Pennycooke, wore a gloomy expression as he paced the corridors of the school's auditorium for a few minutes. He told THE STAR that the death of the teenager "really hits hard and differently".

The senior educator described Shaw as a fairly quiet student and one who was extremely passionate about basketball.

"He was dedicated to basketball, and one who got his schoolwork done as well. He was so pleasant ... it's a really tough one. The entire school is in mourning, and we still have not gotten over the death of David [Minott] as yet, and Raheem would have been in David's year group," he said.

In May, Minott, 16, drowned while at Somerset Falls in Portland.