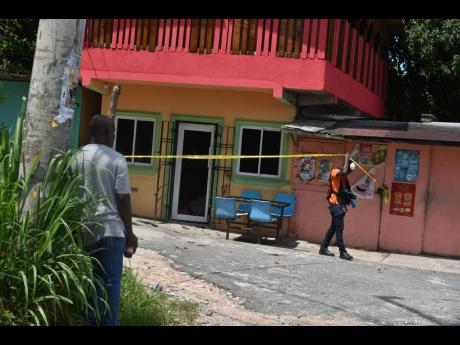 Two alleged robbers were fatally shot in a shootout with the police in Above Rocks, St Catherine early this morning.

A third alleged male robber is currently in custody.

It is reported that residents became suspicious after seeing the men in a motor car in the area and called the police.

Eyewitnesses claim that the men stole gaming boxes and a sum of cash from a bar on Creamy Corner in Above Rocks before they were challenged by the police.

Residents say there have been frequent robberies in the area.