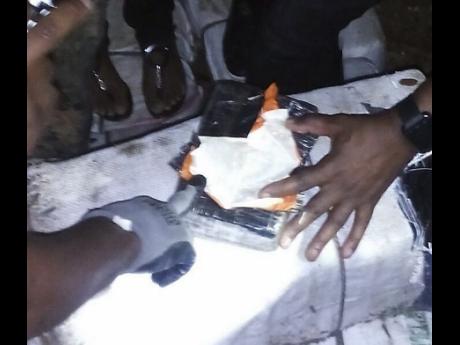 KINGSTON, Jamaica, Sept 20, CMC – A Jamaican national has been arrested in connection with what has been described as the biggest cocaine bust in Nigeria’s history.

Media reports in the African country named 42 year-old Kelvin Smith, who is from Kingston, as among four persons held in connection with the seizure.

The other three individuals are from Nigeria and are said to be members of a drug cartel.

The authorities said that the cocaine was found in 10 travelling bags and 13 drums and according to The National Drug Law Enforcement Agency (NDLEA), which is Nigeria’s anti-narcotics department, the US$278 million drug bust took place at a large warehouse in an estate in the Ikorodu area of Lagos.

NDLEA spokesman, Femi Babafemi, said agents found about 1.8 tons of the illicit drug and that the Jamaican and the warehouse manager, were arrested in an intelligence-led operation that lasted two days across several locations in Lagos.

Babafemi said the four persons arrested are members of an international drug syndicate that the NDLEA has been trailing since 2018. They were detained at hotels and their hideouts in different parts of Lagos Sunday night and Monday.

Babafemi reported that the cartel was trying to sell the cocaine to buyers in Europe, Asia and other parts of  the world.