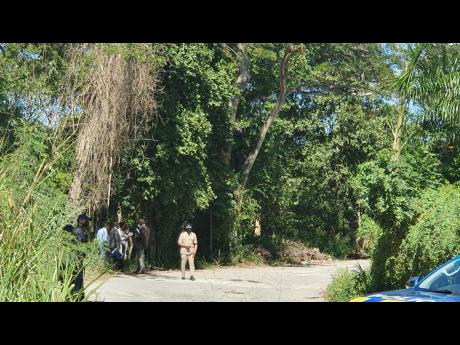 Yesterday nine-year-old Gabriel King was abducted and murdered in St James. Gabriel was among five persons murdered across western Jamaica between Wednesday and Thursday, with four double murders – three of them in Kingston and St Andrew – committed nationwide in 36 hours.

Following the gruesome killing of Gabriel, a number of conflicting stories have surfaced over the circumstances which led to his death. It is believed that shortly after 11 a.m., the child and his mother were travelling in an Audi motor vehicle from the community of Tucker heading towards downtown Montego Bay. On reaching a section of the roadway, the mother reportedly slowed down to negotiate a pothole, when she was approached by two men. It is further reported that the men slapped the woman in her face, dragged her from the vehicle, and then drove away in the vehicle with Gabriel in the rear seat.

The woman then made a report to the police and a search was carried out of the area. The vehicle was found abandoned off the Fairfield roadway. The child’s body was discovered on the back seat with the throat slashed. Councillor Dwight Crawford, vice-chairman for the West Central St James constituency, said that the gruesome murder of the child in broad daylight shows that the country is gravely in need of a state of emergency (SOE). He appealed to the opposition People’s National Party to support the Government’s quest to bring back SOEs as a crime-fighting tool.

St James has seen 13 murders in 13 days. After Gabriel’s tragic end, Ishmar Campbell, 26, was shot and killed in close proximity to the Mount Salem Police Station. Reports by the Mount Salem police are that shortly after 6 p.m., Campbell was standing along a section of the main road when a motor car with a group of men travelling on board drove up. The men brandished handguns and opened gunfire hitting him multiple times before speeding away. He was rushed to the Cornwall Regional Hospital where he was pronounced dead.