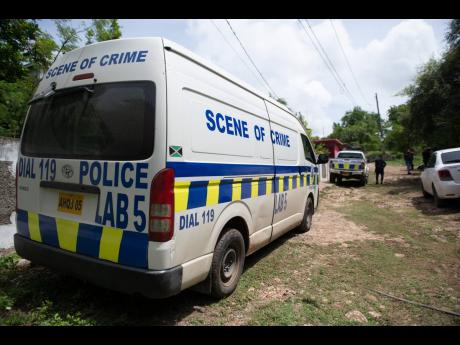 A man who was out after the nightly curfew started was shot and killed by gunmen in Green River district in Green Island, Hanover, on Sunday morning.

He has been identified as 19-year-old Nicholas Burkett, otherwise called 'Piggy Lump', labourer of Moreland Hill, in Westmoreland. Reports are that about 12:30 a.m., Green, who was with friends at a shop, told them that he was heading home. Shortly after leaving the location, gunshots were heard coming from the direction in which Burkett had gone, prompting his friends to investigate. On reaching a section of the roadway, Burkett was discovered lying face down in a pool of blood with multiple gunshot wounds to his body. The police were summoned and upon arrival, the scene was processed and Burkett's body was removed to the morgue for post mortem.

Following the shooting, one police officer told THE STAR that this is not the first time the Hanover police are investigating murders that took place outside the curfew hours implemented as part of the COVID-19 protocols.

"This is another instance where we are seeing persons being in places at irrelevant hours when they were not suppose to be there," the officer stated. "This young man lost his life because he and his friend decided on breaching the COVID-19 curfew protocols and this allowed gunmen to use his disobedient behaviour at their advantage." The nightly curfew starts at 8 p.m.

"We are again appealing to citizens that they must adhere to the curfew hours, and also the no-movement days, as instructed by the government," the cop added. The lawman said the police are working with strong leads and could make some headway by early this week.