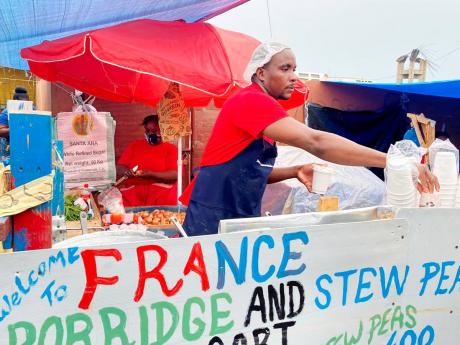 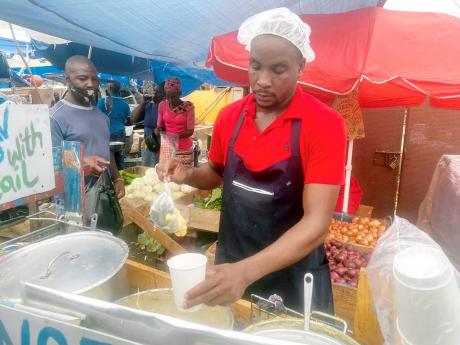 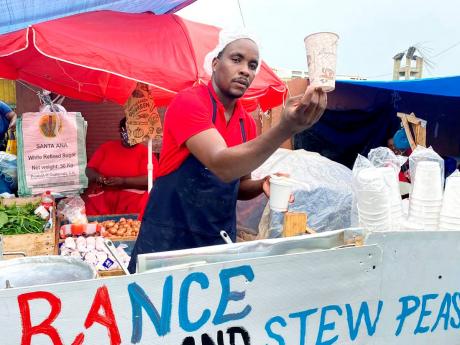 When Francisco Heron dropped out of university 18 years ago, he did not throw his hands in the air in despair. Instead, he turned to a tried- and-tested formula that has served his family well - porridge.

The 37-year-old, who once had his eyes set on becoming an accountant, is now a chef, serving up sumptuous porridge to scores of customers daily in the downtown market district.

Heron's parents sold porridge in the Coronation Market, the proceeds of which was used to fund his education.

"Me mother dead and me father get too old so him nuh bother with it. A something that me grow to love and respect because a this same business me mother use to send me go school, and it send me go a good school too, because a Wolmer's me used to go until me reach all UWI," Heron told THE STAR.

The cook, who places great value on getting a university education, did not speak much about his reason for leaving UWI before earning his degree in accounting. He, however, said that it coincided with the birth of his first child.

"From me stop go UWI me self-employed. I have been selling porridge and is it build me house in Clarendon and provide for my family. Me wouldn't trade it for nothing else," said Heron, adding that people are appreciative of his efforts.

"When them see me them start shout 'France a come'! Most a them know me voice too, so before them even see me I hear me name all about, and people just well want the porridge."

Nadine Barnaby, one of Heron's committed customers, told THE STAR that she admires his commitment to his job.

"Like all four or five in a the morning your hear him bawl out 'Porridge! Porridge'! That's how early him start sell because him know that people need something warm in the mornings," she said.

"Me just like how him take him work serious, and him humble because if you don't have the money to pay right away him just give you the food and collect the money later," Barnaby said.

She explained why she continues to support the business over the years.

"Him clean and him handle the things dem round him clean so nobody don't have nothing negative to say 'bout him, and a just fi him porridge people buy most a the time," she added.