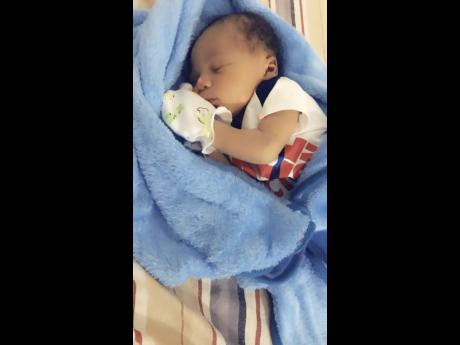 A 21-year-old woman has been arrested in connection with the theft of a baby from his mother in October last year.

The child believed to be Baby Nyyear was found in a community off Waltham Park Road in St Andrew this morning.

Head of the police Corporate Communication Unit Senior Superintendent Stephanie Lindsay said the arrested female is being questioned by investigators.

In the meantime, Lindsay said the baby appears to be in good health.

THE STAR understands that the child's mother, Aaliah Wray got an anonymous tip via social media that the baby, nicknamed 'Surprise', was at a house in the Corporate Area.

She then alerted the police.

"We have always been working closely with the mother of the child," said Lindsay.

In October. Wray had told THE STAR that weeks before her son was stolen, a friend introduced her to a woman on Instagram who had some baby clothes to donate as a gift.

The mother said she was on Rousseau Road in St Andrew when her baby was snatched.

"I was still walking the baby and a car just drove up and dragged me inside," she said.

Wray said, along with the driver, there was another man inside the silver Toyota Wish motor car.

"I was fighting and I even tried to jump out of the moving vehicle. The man held on to my throat and dragged the baby away, after which he opened the door and used his foot to kick me out," she had told THE STAR.