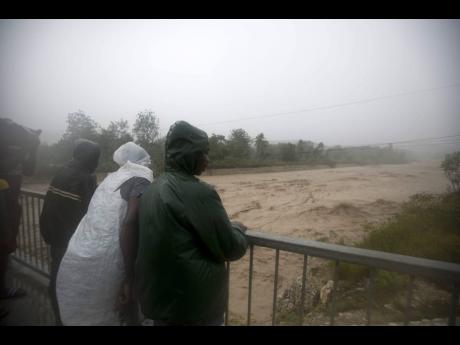 With forecasters now stating that the conditions are now more favourable for above-normal hurricane activities this season, the Meteorological Service of Jamaica is urging persons not to let down their guard.

"What it means is that we have to be prepared and remain prepared as we may see an increase in the number of systems developing throughout the remainder of the season," Evan Thompson, director of the Meteorological Service of Jamaica, said.

The forecast for an above-normal season comes as the country has entered into the most active part of the season and includes predicted increases in the types of cyclonic developments.

"The outlook predicts that we could see up to 17 named storms, five to nine of which could become hurricanes, and we could see two to four of those becoming major hurricanes," Thompson said.

These figures are an increase on the initial outlook of nine-15 named storms, with four to eight possible hurricanes.

The Atlantic Hurricane Season's forecast was updated because the El Nino in the Pacific Ocean has ended. An El Nino occurs when the water of the equatorial Pacific is warmer than normal and causes winds from the east to weaken.