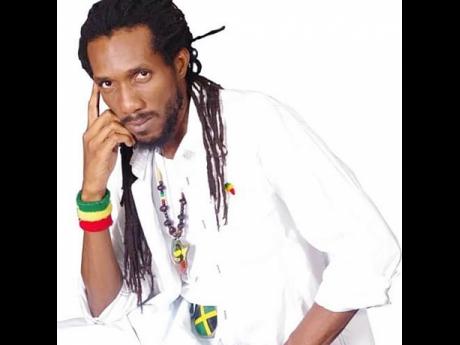 Singer Ras Bogle is one of those artistes who still believes that the people have the biggest say for a song to become a hit.

He said that once a track has the right ingredients, it does not need extensive radio play to take off. That's how he feels about Love Connection, his new single, which is produced by Raw Yard Records. Released on September 9, Ras Bogle said it has what every song requires to become a dancehall hit.

"Di uptempo riddim have a lot to do with it 'cause dat trigger a vibes in people. Yuh have song dat bus' inna di dancehall before it get radio play. When it bus' in di dancehall, it's like a wave...a tsunami!" he exclaimed.

Love Connection is Ras Bogle's 2022 debut. It has a pop-reggae feel, which he believes can help him reach younger fans as well as his contemporaries. Staying current, he added, is critical to staying relevant in a competitive genre.

"I keep up with di young people. It makes no sense living in dis world an' being oblivious," said Ras Bogle, who is from the rugged community of Compound in Kingston.

His career started just over 10 years ago, while he was living in Philadelphia. Stay Far, the first song he recorded, was done for Global Life Records, which is based in that city.

Back in Jamaica, Ras Bogle has done songs with various producers. In 2021, he released three songs, including Overcome and I'm Alright.