‘I am tired’ - Mr Lexx ready to leave the music biz 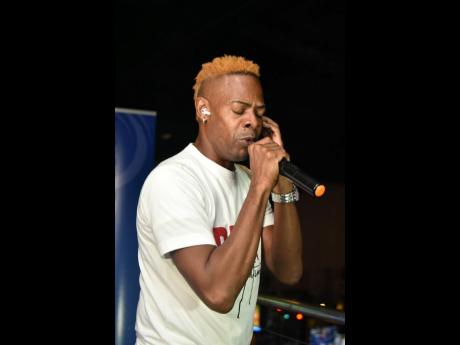 Mr Lexx performing at his Full Hundred launch held at Usain Bolt’s Tracks and Records in Kingston on Wednesday night. 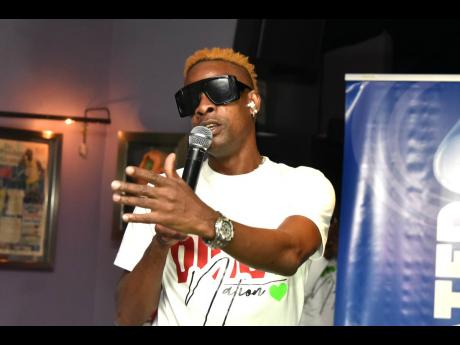 Mr Lexx is getting ready to exit the stage but not before releasing one last album which he plans to call ‘Like I Never Left’.
1
2

Dancehall's self-proclaimed prince Mr Lexx is getting ready to leave the entertainment scene with a bang. Having spent 30 years in the music industry, the Cook hitmaker has decided to retire from the music industry and venture into other areas of business.

"I am tired," he he told THE WEEKEND STAR at his Full Hundred launch held at Usain Bolt's Tracks and Records in Kingston on Wednesday night.

"I am probably going to do a couple more tours and then I am going to call it quits," he continued.

In addition to going on a "couple more tours", the entertainer, whose given name is Christopher Palmer, plans to drop one final album.

"I am gonna put my all into it and I'm calling it Like I Never Left. There will be 14 tracks. We have major collabs coming on that album as well. Mi nah guh say right now still, but it's going to be good," he shared.

Mr Lexx entered the dancehall scene using the name Lexxus in 1992, but it was not until 1999 that he became a popular member of the fraternity. With catchy lyrics that have timelessly been loved by the ladies, he has enjoyed quite a successful career.

The 18-year-old enjoyed success on both the local and international scenes. He was nominated for a MTV Video Music Award in 2009. He also secured a Grammy nomination for his participation the Red Star Sounds: Def Jamaica compilation, a project by American rap duo Capone-N-Noreaga. His 2000-released album , Mr. Lex, that spent five weeks on the Billboard Reggae Chart.

According to his manager D. Brown, the deejay plans to donate $100,000 to 100 charities in Jamaica. The proceeds are to be garnered from the Full Hundred show that is scheduled for November 5 at Sabina Park.

"This show is not just another show here in Jamaica. The intent is to make the Full Hundred an annual event, thus becoming a staple of Jamaican music culture. Also, the Full Hundred charity drive will be giving $100,000 to 100 charities across Jamaica and the diaspora. The first donation will go towards the Adonijah Group of Schools," Brown said.

Adonijah is an organisation that specialises in teaching children with autism and other intellectual disabilities.

The deejay's pending retirement follows is near-death experience in January. He was hospitalised after experiencing respiratory distress during a performance. It turned out that Mr Lexx's lung had collapsed, which required emergency surgery, but he does not attribute his recent decision to retire to the life-threatening incident.

"He's on a new path and journey and taking full control of his life right now, especially since his unfortunate accident," Brown said.

He added: "A lot of things in his life have changed and he is a little bit tired of the music, so we are trying to drive his career more into commercial."

Mr Lexx, known for tracks such as Full Hundred, Let Those Monkeys Out and Bounce A Gal, is likely to take up acting, an area in which he has some experience, having been introduced to the art at the now defunct Fox Drama School when he was a youngster.