Sponsors needed for return of ‘A St Mary Mi Come From’ 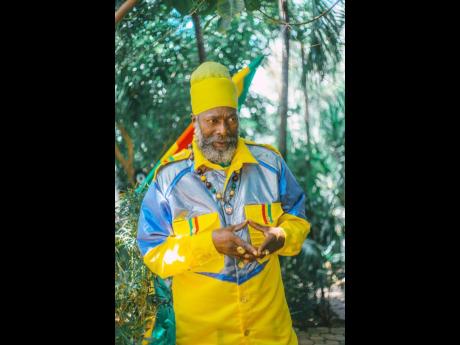 Organisers of 'A St Mary Mi Come From' are seeking sponsors to resume the charitable event.

Claudette Kemp, manager of the show's founder Capleton, said she has sent proposals to potential sponsors but has not received much support to confirm a staging this year.

"It would be yes if we could get through with the sponsors, but we're still trying and hoping to get some," Kemp told THE WEEKEND STAR. A major challenge in hosting the event is finding a new home in St Mary, as she shared that heavy rainfall at the usual Grays Inn Sports Complex location in Annotto Bay has disrupted the show in the past.

"When the rain falls, water settles and saturates the ground so we are not going to spend all of that money only for that to happen," she said. Capleton, who founded the show in 2000, is optimistic and already planning for its return.

"Well for me, it's always been a joy to be a humanitarian," he said. "For me it's all about giving back and as you know it's a charitable event that gives back to a lot of people. So, yes, it definitely will return and I know the people are looking forward and ready for it."

The annual show had a Kingston staging in 2018 following a flooded 2017 edition at its home base due to heavy rainfall. After a hiatus in 2019, which was attributed to certain factors like heavy rainfall, Capleton's team was looking forward to bringing it home in August 2020, before the pandemic affected live events.

A St Mary Mi Come From was first held at Clements Park and the proceeds from it have been used to make donations to several schools and hospitals in and outside the parish, while reigniting the live entertainment scene there.

While he remains hopeful about the show's execution, Capleton is back on the road following the pandemic's impact on live entertainment. He recently performed in Mexico with the Prophecy band and is gearing up to perform at the Jamaica Rum Festival in Montego Bay on June 25.

The stillness of the pandemic has not outed his signature 'red hot' fire, and he took the opportunity to encourage people to stay on the right path and steer clear of violence.

"It's all about love, it's all about unity. Tell the youth go to school, get the education, be educated, re-educated as well, and be obedient to your parents and guardians. Stay away from the guns. All the guns cause is crime and too much crying. We tired fi cry right now," he said.