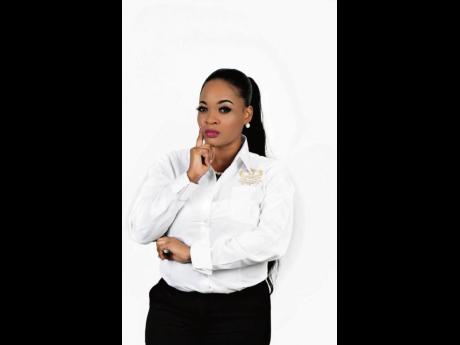 Destiny Yisrael is taking her testimony to schools, most recently Vauxhall High School in east Kingston.

The gospel artiste was captured in a video two weeks ago sharing her story from dancehall to salvation, and telling students to steer clear of the drug 'Molly' and guard rings, and instead to seek the kingdom of God.

The opportunity presented itself after a "destiny helper" introduced her to Pastor Tenneil Rashford who has a project which brings ministry to schools.

"I'm happy that opportunity came around because I'm coming from going to schools to sing 'real bad gyal know how fi buss gun', to this," Destiny Yisrael said. "I always say God has a sense of humour because if somebody had told me I'd be doing this today, I wouldn't believe them."

After she spoke to students, Rashford initiated an altar call which saw hesitancy from some students.

"One person went, then two, three, and then the whole altar was filled with children," Destiny Yisrael shared. "Some of them were just crying and you realise that there's a real problem in the schools. Some of them we prayed for, some of them we just had to hug and mek dem cry. Even afterwards, some of them came and spoke to us about personal issues. I realise kids are going through a lot and we can't just leave it up to the household to deal with stuff because a lot of the brokenness comes from there, so the whole society have to chip in and do something."

She is looking forward to visiting more schools with Rashford.

Destiny Yisrael released Testimony early last month, her first song in more than a year. Produced by Fe2 Music, Testimony, which features Tammi T, is a powerful account of how she attained freedom through salvation, with personal stories including two suicide attempts.

"I was indecisive about coming back to the music industry so I went on the fast," she shared. "I was praying and was led to Isaiah 42 and came across the scripture that says, 'Sing unto the Lord a new song'. So that was the conviction that I got right there to go back into the industry. I just poured out my heart and said 'God, I really don't know how to express any more through the music', because I was going through trauma and I buried everything. I prayed and asked Him to lead me and immediately after, I was playing the rhythm and the song came then and there."

Destiny Yisrael has further been purposefully occupied with her candle business, Scented Beauty by Destiny, and will be opening a store in Montego Bay.