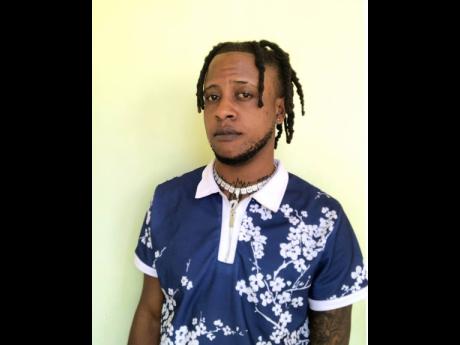 Dancehall artiste Guesswah Boss is speaking out against the backlash he and some of his peers are receiving for endorsing the illegal substance known as 'Molly' in their music.

His Molly single, which features Tarique, Taedo and Santos, boasts about the benefits of having sex with a woman who takes the drug. While the track serves as his most streamed across all platforms, he is adamant that he is not encouraging anyone to take the drug "especially when I have not taken it or used it".

Guesswah Boss told THE STAR that "As an artiste, I'm just doing what I do best: animate and create a vivid mental picture of a memory, fiction or even trending topics as the Molly topic."

He argued that denouncing artistes who make Molly-popping music is another instance of dancehall artistes being blamed for societal ills.

"In Jamaica, we face a lot of bad influences and problems and they're not usually attacked until an artiste or some public figure says something about it or is involved in it," he said. "It's basically blame the artiste, blame dancehall, or ignore the problem, and that culture needs to change. Gun and violence are big problems in Jamaica but it's only when an artiste sings a gun song and it takes off, you hear people talk about it. But where do people get money from to buy guns? It's a different ball game but they are just trying to blame it on the youths weh a try."

He added that drugs, alcohol and marijuana are not strange in music culture, highlighting that "Even some dancehall artistes have taken cocaine".

The dancer-turned-artiste, who admitted that he is not in agreement with every trending topic, said he never received similar attention for positive lyrics like those in his single Priorities.

"I sang a song about buying 1,000 blocks and uplifting and motivating a better society, and I did not get so much reaction. I've been turning down a few interviews and this says a lot about society itself. People say 'Why an intelligent youth like you a sing dem song yah?', but when I was trying to put a certain message across, it wasn't being addressed or anything," he said. "Even if I'm not in agreement with the Molly, if I sing a song saying 'Don't take the Molly', it wouldn't reach anywhere. So sometimes showing up a thing -- whether in a good or bad form -- is better."