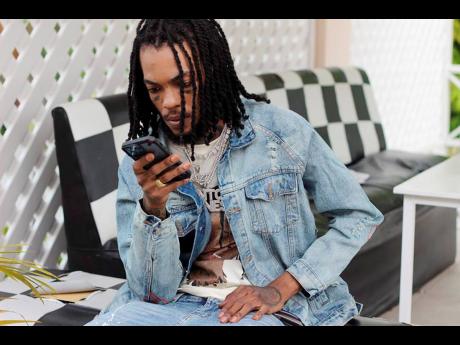 Roze Don's Little Bit single has been unavoidable since its release two months ago, finding favour on TikTok and streaming platforms like YouTube where it hit a million views on the weekend.

Casually stating that he wrote about "nowadays topics ... money and girls", his ability to pull it off is rooted in a new flow, ear-perking lyrics, and producer Aalvero's infectious instrumental.

"I'm not flabbergasted by the feedback since I was feeling the power of the song since I was creating it," the Spanish Town-based artiste told THE STAR. "I knew that the song was going to be a banger. It brings joy to my feelings when I see the impact the song has on individuals from youngest to oldest. It puts everyone in a good mood and makes you want to dance and forget your problems. On the other hand, views and streams are good and the song is reaching places worldwide. This motivates and inspire me to create more happy music."

On that note, he dropped a remix with Marksman on May 20 which he hopes will imbue joy for listeners and "reach places the original song hasn't reached as yet".

Be it Little Bit or other songs like his breakout Spain Town Badness, Roze Don considers his musical mission is to bring happiness to "modern" dancehall. Essentially, he has the kind of songs men can 'rifle walk' to and women can simultaneously twerk to.

"In my point of view, modern dancehall is missing the happiness like back then because some artistes are emphasising mostly on the wrongdoings in society," he said. "I mean, an artiste write about what they see or experience on a daily [basis] which is also what I do, [but] I think an artiste can enhance their level of creativity. Music is [a] work of art so therefore, one can still sing about their wrongdoings but in an enjoyable way where audiences can keep their body moving."

He declared that there are peers who are "still keeping the happiness and vibes in dancehall" and added that every artiste has his own niche.

"Everyone is doing greatness and every artiste who gained success in dancehall got it for some special reasons and difference that they bring to the table. In my eyes, dancehall is a place for happiness and vibes and a place where people forget their problems and enjoy life without regrets," he said