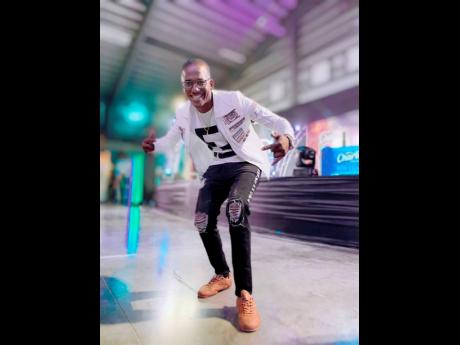 It's normal to see videos of people dancing or even climbing atop things in the dance, but lately the clicks have been for patrons challenging themselves to see who can drink the most Ensure.

Di Unit's Badda Tuesdays event is responsible for the latest challenge that has gone viral, as female patrons are tested on their ability to peel green bananas.

While many are calling these party challenges 'new' as they attribute it to the rise of social media challenges during the pandemic, selector Badda Bling begged to differ.

"It's not a new trend, certainly not for us," he told THE STAR. "When the banana peeling went viral, I think it's because we're in the hat of social media so everything is being put online as everybody is looking for the next hilarious or talked about thing. We've been doing these types of challenges at our event in Portmore for four to five years."

The sound, which celebrates its six-year anniversary on June 25, tries to find innovative ways to stand out as Badda Bling said every event will play the same music, and dancing challenges are expected.

"We've had many competitions like dumpling making, soda drinking, flour kneading, ironing in the party where we actually put up iron boards. We even did a potato sack race once which the ladies enjoyed," Badda Bling said.

Last night, they had a schools challenge quiz game with third and fourth grade questions based on subjects like mathematics and geography. There are also 'prizes'. Patrons have been offered "flat screen and remote", only to get a box with two dogs bearing those names. Some may say 'play silly games, win silly prizes', while others may even say these challenges are mere gimmicks that are eroding dancehall. To this, Badda Bling said they are offering exactly what dancehall is about.

"Dancehall is a space created for people to have fun and enjoy themselves. The aim of what we're doing is not to 'gimmicks out' dancehall, but to actually create fun, clean, excitement. We supposed to can do a games night at a party," he said. "Persons who don't know why we're doing it might think that way and you nah go can please everybody. As long as the majority of the people accept it and find it appealing, exciting, and can find laughter in it, you nuh have nuh problem. The people who don't like it are probably the few who weren't going to the event anyway."