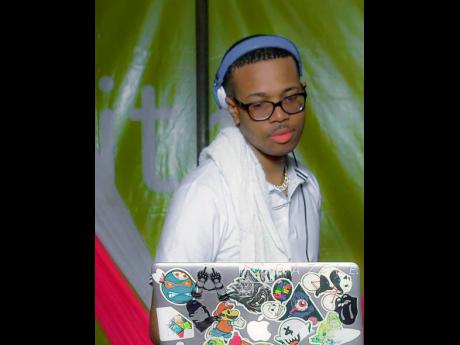 As a native of Spoilers, central Kingston, DJ Russian has come face-to-face with violence but chose to pursue a different path.

Today, he uses his platform to encourage inner-city youth to use their talent to carve out a better life, instead of resorting to criminal activities.

"I've seen people die in front me, get stabbed, shoot up. But I just always wanted to make a joyful noise to the Lord, so I choose music," DJ Russian, 28, told THE WEEKEND STAR. "Instead of telling young people fi tek up guns, we can show dem seh we mek it from the ghetto, so you can mek it from the ghetto, too ... . We find we talent in music and we a showcase it, so find your talent and don't tek up gun."

In an emergency press briefing called by Prime Minister Andrew Holness on Sunday, Commissioner of Police Major General Antony Anderson said the Central Kingston Police Division recorded 79 murders last year, a 55 per cent increase over 2020 figures. A zone of special operations has been declared in Parade Gardens, which forms part of the division.

DJ Russian said his clean-cut path has made him a role model in his community, where he keeps an annual treat. He added, "The dons normally look on me different and say, 'Youths, unno need fi be like him, because him born and grow inna the ghetto'."

Given name Rashaun Rolland, DJ Russian was raised in a musical household, with his father once owning a sound system, his mother once pursuing a music career, and his grandfather being a guitarist. He initially wanted to be a doctor, but said poor Caribbean Secondary Education Certificate (CSEC) grades discouraged the venture. He did a mechanics course, but music kept calling. However, he didn't get the support from parents.

"Mi just think dem did waan me fi have a better life, and dem did just think seh music couldn't be something weh coulda get me where I am today," he said. "I started playing from 45s on turntables, but mi never tek it serious until leaving Pembroke Hall High School, where I realised that I had to pick a struggle and turn to the talent of music."

He first went by DJ Rash, but changed his moniker to avoid negative connotations. He has been building a following by playing at events, using online radio, and spending time at East 96.7 FM in St Thomas. He is also the resident DJ at Exit 21 restaurant.

"I'm currently learning about the whole engineering field and making rhythms," he said. "I also want to teach younger kids the basic style of mixing, using the Virtual DJ and Serato platforms."