Darrio bands musicians together to create a ‘Fyah Force’ 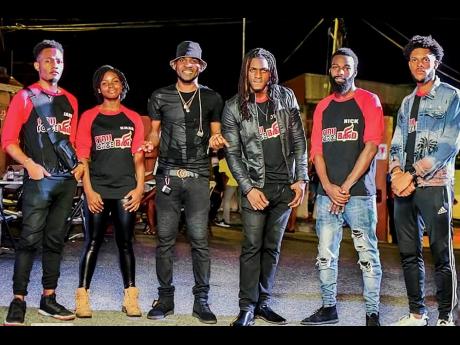 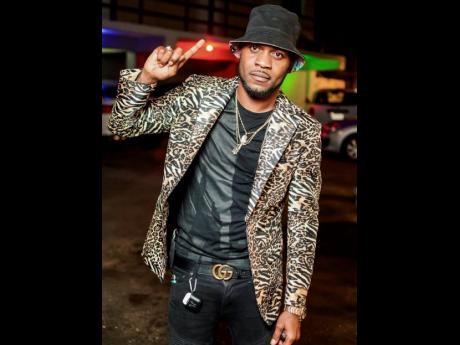 With his tuneful reggae-dancehall songs, Darrio has built up a passionate fan base that includes veteran Jamaican selector and producer Arif Cooper, recording artistes and Bay-C, Richie Spice and Razor B.

He also has the support of the African music industry and now he can add popular Kenyan artiste Naiboi to the growing list. Darrio is featured on Mkono Kwa Wall, a single on Naiboi's latest album Otero. Darrio said that his music has been getting major support in Africa for years, and he has travelled to the continent several times. He has high hopes to return with his newly formed backing band called Fyah Force.

"These musicians were handpicked by me and created the name. I found that I get to express myself more with a live band and live music is where it all began so this is just me going back to my roots," Darrio told THE WEEKEND STAR. "This is not a change of my style. I can do dancehall, reggae, culture and fusion music, which is why I think I have that following in Africa as well as Europe. It's just a bit different because growing up I wasn't thinking about playing an instrument. It was more about the singing and performing. But having a band of my own was something I wanted to do."

Darrio and the Fyah Force Band marked their second anniversary on November 3 last year. He has even learned to play guitar.

He said "I was in New York when the pandemic started raging and there was literally no movement but I was like I need to find something productive to do. I ordered a guitar online and when I finally got it, I sat with the instrument and with the help of other musicians learned how to play it."

His singles Fed Up, Ungrateful and Gyal Siddung with Konshens are still receiving airplay and support from disc jockeys worldwide. Meanwhile, Darrio is focused on promoting his latest releases such as Clean (Lakka Whistle) produced by Cooper and Set It produced by Konection Entertainment. The former was released late last year.

"I had the rhythm for over a year and what I ended up recording on it is a vibe that people would not expect from me. Plus, I did two days of dance lessons with Orville Expressionz for the video part of it. Then Set It is just a sexual song and that is deliberate because in trying to stay relevant, I wanted to put out something that reflects our culture, nothing degrading, just something for the ladies. I also have another tune with another African artiste by the name of Davis Pona, from Ghana, called No Worry and the official video for that dropped on Wednesday," the artiste shared.

Darrio is currently working on a live music album with the first single scheduled for release in February. It will be a rendition of the 1968 classic single Israelites originally written and performed by Desmond Dekker and The Aces.

"I have been banking on music right through, from dubplate requests from overseas to even landing a commercial for a major corporate company here. It's been keeping me afloat and I'm trying to maintain my strong presence overseas," Darrio said.