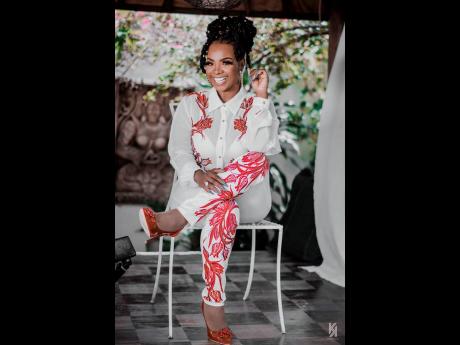 Women in the dancehall have sometimes been criticised for being unwilling to work together, but dancehall artiste Pamputtae says that she understands why some of her peers steer clear of collaborative efforts.

Her current single, Show Dem Love, is her account of trying to help a female artiste, only to be - in her own words - betrayed.

"Dah person deh, any weh dem go, dem nuh get no respect from nobody," Pamputtae told THE STAR. "People deal with them a way and look down pon dem and when dem have real people inna dem corner ... a we dem waan betray and stab inna we back. That's why sometimes you see some female artistes no waan do no collab with no female artiste and dem nuh waan unite because of the ways some of dem have. It's better yuh nuh do none (collaboration) than you do it and sorry or say, 'If mi did know'."

She added "If one nuh waan do no collab or anything with me, mi nah cuss because dem go through dem struggles so that's just how they feel. Mi will still hold my own and work towards my goals but nobody nah go show mi love and mi backstab them."

Show Dem Love, co-written with producer Esco and produced by Gold Sac Records, has a music video which premiered on New Year's Day. Pamputtae said the project has been getting good feedback from fans. To top it off, she feels better having used music to air her discontent.

"Mi introduce her to one of my link and she link up mi link behind mi back and just go round me and a set up some things and a do some different things," Pamputtae shared. "I decided to put it in a track instead of coming on the Internet although mi block and delete the person still. Mi feel better because the person know weh dem do and dem nah confront me."