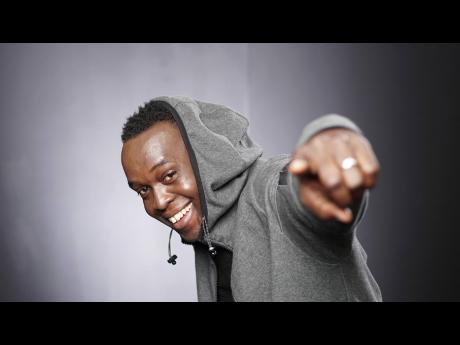 Being the brother of gospel artistes Lubert Levy and Sista Patt, it's fair to say that music runs in Prayz's DNA.

Prayz, whose given name is Robert Levy, recalled being surrounded by music while growing up in Central Village, St Catherine, thanks to his dad's extensive vinyl collection.

"After that, I just developed a love for music," Prayz told THE WEEKEND STAR. "You know the typical youth growing up in the ghetto listens to music every day, so everybody wanted to be an artiste at that time."

He started writing songs "glorifying guns and girls" before becoming a Christian in 1999. He did the live performance circuit for a bit before starting his recording career in 2007, with songs such as Far We a Come From, produced by RB Productions. His catalogue has extended to include Rise Up, Hard Road, Rebirth and Godman.

Prayz dropped the I Am Prayz mixtape in 2020. His latest release is Nutten God, an upbeat track that speaks to the unconditional love of God. It was produced by Tayon 'DJ Shane' Harris.

"You have persons overseas telling me they love the song and it's on a lot of Internet shows, so it's getting good rotation," he said. "I think it's also playing in Europe, so the response from this track is good."

Prayz is looking to release new music soon with Harris and another producer from the Cayman Islands.

Despite his long tenure in music, Prayz calls himself a jack of many trades. He's an entrepreneur who holds a daytime job as a drafting technologist. He's also a husband and father, but said he still makes music "to not waste the gifts and talents that God has blessed me with".

The journey has had its ups and downs, but Prayz has a mission to show people that a life without Jesus Christ is an empty one.

"If I can do that and uplift somebody or cause somebody to turn over their life to God, then I think my mission would be accomplished."

He also wants to see more unity among members of the gospel fraternity.

"It's a collaborative effort that will really take the message of what we really do to the four corners of the Earth... We are moving in the right direction so with God in the middle of it all, and unity and love towards each other, then we can accomplish great things," he said.