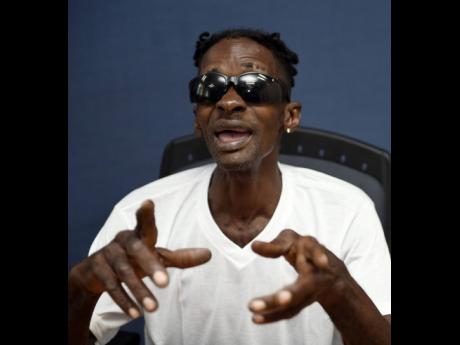 Dancehall toaster Gully Bop is gearing up to release his debut album, One Life, which he believes is Grammy-worthy.

He started recording the 12-track set after being discharged from the hospital last month following a hernia repair surgery.

"Mi want a Grammy, and this album fit the Grammy because of the concept of the songs weh mi a sing," the 57-year-old told THE STAR. "Songs like the title track, Nah Badda Dead, Stay Far Away, Jah Children, and another one weh name We Have Dreams weh a tell people no mek nobody tell you seh you can't make it. So a pure hit songs mi a put on it, so it fit for a Grammy."

Gully Bop is working with producer and artiste Falco Di General on the album, which he said fans can expect this month. He recorded the songs at Mad Boss Productions.

"Mi serious bout this; mi nah ramp with 2022 because the whole a 2021 a pure foolishness mi deh pon. Coming like mi a idle out mi days and idle out mi music thing," said the artiste.

He will be releasing Nah Badda Dead this week, which he produced. The track was inspired by the current rumours that he had died. The entertainer has been battling rumours throughout his career, which inspired his debut EP Rumours in 2019.

Serious about getting his music career back on track, Gully Bop has recruited a road manager, Grants Pen, St Andrew, entrepreneur Landlord the Chef, and is working with long-time manager Jacqueline Hunt.