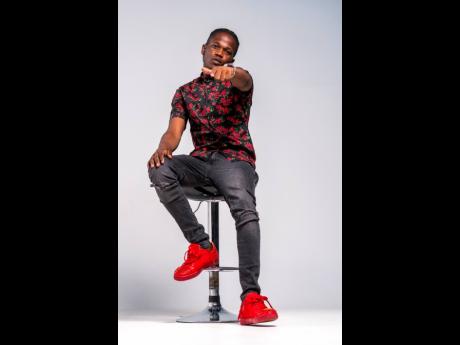 Videos of meteoric deejay Jahshii performing for close-knit audiences have been making the rounds on social media, with the latest showing the entertainer taking the mic in Maroon Town, St James, on New Year's Day.

This follows his recent appearance at an event in Clarendon, leading many online users to deduce that the Keep Up artiste is embarking on a nationwide tour. However, his manager, who wanted to be referred to as Nigel, denied this.

"No, he's not doing any islandwide tour, shows or anything like that," Nigel briefly told THE STAR.

The Ministry of Culture, Gender, Entertainment and Sports had announced last month that there would be no reopening of the entertainment sector for the Christmas season. Despite relaxed curfew hours, the staging of events, including parties and shows, would be in contravention of the Disaster Risk Management Act (DRMA).

Jahshii, whose given name is Mluleki Clarke, was alleged to be in breach of the DRMA on Friday in St Elizabeth, and arrested and charged by police. He was granted bail and is set to answer to the charges in court on February 14.

His brush with the law in St Elizabeth comes nearly a year after dancehall deejay Beenie Man faced similar charges for hosting an illegal party in Shrewsbury district in the parish.

Beenie Man was fined $150,000 in the St Elizabeth Parish Court for breaching the DRMA, after earlier pleading guilty.

Superintendent of Police Narda Simms, outgoing commander for the St Elizabeth Police Division, said persons should have second thoughts about engaging in illegal activities in the parish.

"I am intolerant and the police division in St Elizabeth is intolerant to anyone who wants to come there to break the law," Simms said.

Jahshii's notoriety is centred around a recent interview with Anthony Miller's Entertainment Report during which he labelled police as corrupt and made other controversial statements about older dancehall artistes.

The Grants Pen, St Andrew, native is known for songs including 25/8, Gvnman Town and COVID Curfew.