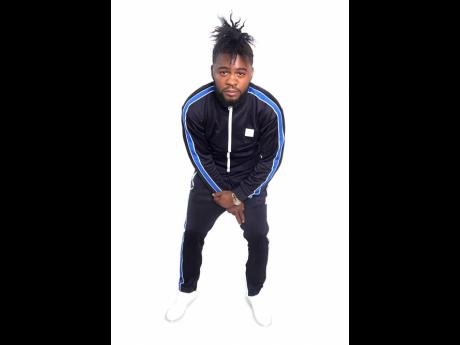 During a press run in the summer, dancehall artiste Hazard Poshgad denounced violence in Jamaica, adding that murders are mainly caused by youth not knowing how to better resolve conflicts. He appears to contradict himself in his new single Hot Metal, where he deejays about always being strapped and being quick to "shot yuh inna yuh face intensely" if disrespected.

Speaking to THE STAR, Poshgad insisted that he is "not really" promoting violence. "It's more of a subliminal thing," he explained. "It's like telling the person who coming to do the murder, (or coming) fi try offa mi, fi put them on them guard."

He stands by his statement about youth finding better ways to resolve conflicts, but added: "We still haffi have up we guards, right? Remember the peace officers dem need fi serve and protect and they also have a firearm, so what's the difference with me? I'm here to protect my life so I have to do what it takes."

The Toronto-based entertainer is in Jamaica to shoot music videos. He is also working on his debut EP, a six-track set inspired by his life journey, to be produced by his 24 Hours Bantex Records label.

"Mi a expect hit after hit," he said. "Mi expect it a go gwaan good because mi put a lot of work into it and a lot of vibe and energy into it, so I expect it to come out really good."

The tracklist includes pre-releases Grateful and Betrayal. The latter, featuring Chronic Law, is the EP's lead single. It was inspired by his experience with "friend killers".

The EP will also feature Muhammad Ali, which he boasts, will be a "very good song".

Hazard Poshgad, whose given name is Israel McDonald, was raised in St Catherine and embarked on a musical career more than a decade ago. With a catalogue including tunes like Feel Nice and Louis XIII (with I-Octane), he wants people to know "don't sleep pon Hazard Poshgad because mi nuh dead. Mi career a gwaan wid a ting".