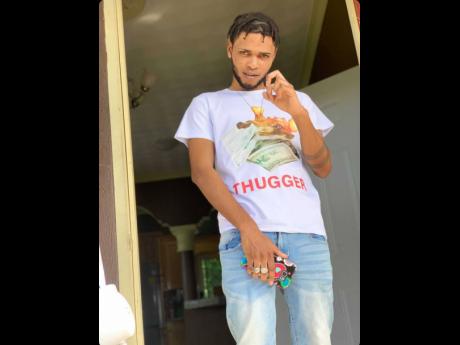 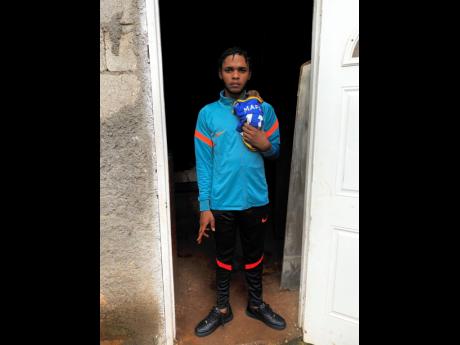 Whether he's interviewing a newly-wed cat and goat (and the 'side' dog), or recreating an 18th-century beheading (except with Jamaican personalities), 22-year-old HatDogg is creating a lane for himself as a comedy innovator and says he's closer to his dream of becoming a filmmaker.

His debut film project, Shelta, will air on his upcoming YouTube channel in 2022.

" Shelta is a series about a group of vagrants, and each of them has a certain type of addiction... ," HatDogg told THE WEEKEND STAR. "The message of the film itself is hope. Each character is gonna grow in their own way, and I think people will be able to relate to it, and that's the main goal. It will show you that you can grow in whatever stage or condition you are in and become better despite the condition."

This ties in with his aim to advance the Jamaican film industry to the likes of Hollywood, and offer hope and humour through comedy, which he said is his purpose.

Some viewers were first introduced to HatDogg through the 876 Roommates reality show and collaborations with his "industry brother" Kyng Tavii. However, the Jonathan Grant High School graduate started his comedy career around five years ago.

Growing up in Spanish Town, St Catherine, he had nine dogs and learned how to entertain himself, being an introverted homebody with few friends. Though he considered being a veterinarian, he decided to pursue comedy as he loves making people laugh and sees comedy as medicinal.

Given name Deno Campbell, he launched a Facebook page titled Deno & the Dog, which followed the adventures of him and his dog Brownie [now deceased]. He later changed his name to prevent brand conflict with fellow comedian Deno Crazy, landing on HatDogg, a double entendre representing his love for dogs and a spin on the popular food. The page was ultimately hacked, and he joined Instagram, where he got his first break in 2018 with Bad Breed, Brownie's offspring.

"For most people, in my opinion, it [animals integrated in comedy] was mind-blowing," he said. "There are people out there who actually think my dogs can speak... Some people will come to my house and see my dog and talk to him, and dem expect a certain kind of reaction. But they don't understand that my dog is just a normal dog."

He draws inspiration from life, music, barbershop conversations and movies, and is also pursuing his love for music with songs like Light Up, 1980's and Sunday Pree.