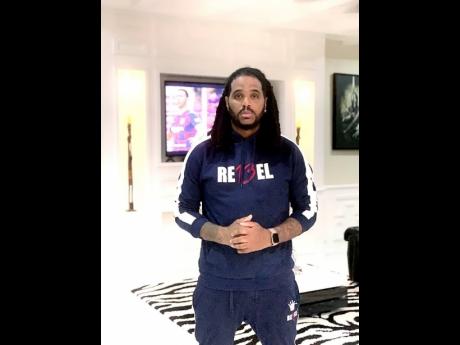 Tu-Lox, one half of dancehall duo Twin of Twins, has criticised the work ethic of some of the genre's new generation of acts.

"Dem youth yah nuh waan work because the Internet give them a sense of stardom... dem a watch trending," Tu-Lox told THE STAR. "Dancehall get so fake; you cannot watch trending, [which is] something weh anybody can buy and seh 'this artiste is hot'. Before, dancehall did reach pon dah level deh because you actually had to work fi reach pon dah level deh. Now, dem nah fi work fi nothing. Dem wake up tomorrow morning and think seh two million people stream dem song last night so [they reason] 'Weh mi haffi work fah? Mi nuh need fi tour. Mi nuh need fi do like Shabba, Shaggy, Sean Paul, Beenie and Bounty and go all over the world...'.

He continued "The reason why dem youth yah cya bother is because it takes work to do what the '90s artistes dem did do. It's easier fi go pon yuh laptop and talk sh*t and get a money tomorrow because it's become about money, gal and groupie and dem nuh love weh dem a do."

He said the priority on flossing and money-grabbing instead of investing in the quality of their music is contributing to the short-lived hype of some acts. He added that the pandemic has even saved the careers of studio-manufactured artistes who have been spared from live performances. On the matter of built artistes, Tu-Lox said consumers and the media play a role in the loose labelling of what is a 'dancehall artiste'. He said that the issue calls for the presence of gatekeepers.

This disrupted moral compass ties in with the argument that some 'ancient artistes' are just envious of the popularity of the newcomers, but Tu-Lox challenged this.

He noted Cutty Ranks' success with the El Combo-collaboration, Dame Tu Cosita, which has surpassed three billion YouTube streams since its release in 2018, and mentioned Buju Banton selling out concerts since his release from prison in 2019 despite not dropping a hit record while incarcerated. Tu-Lox also said that older artistes are still being booked around the clock.