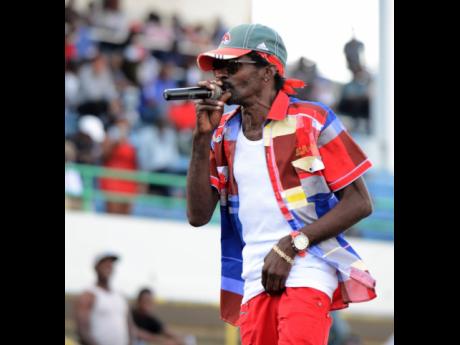 Dancehall artiste Gully Bop doesn't want any more fundraisers to be organised for him in light of his current condition.

A Real Helping Hands page was created for him by musician Diavallan 'Dia Warrior' Fearon to assist with health expenses following his admission to the Kingston Public Hospital last month for complications from a hernia and blocked tubes. A US$10,000 goal is stated to assist with regular upkeep of a colostomy bag, a healthy diet and a caretaker. Up to yesterday evening, only US$337 was raised.

Besides, "People funny," he added. "People will see mi a drive up and down and seh dem see Gully Bop and him alright."

Though fans have been telling him to stay on bed rest since being discharged this month, Gully Bop is choosing to stay active and was even gardening when contacted by THE STAR.

On the matter of death, the rumour that the deejay had passed on resurfaced, causing him to ponder why people want him to die as he said he is unproblematic unless provoked. The deejay said people should not wish death on anyone.