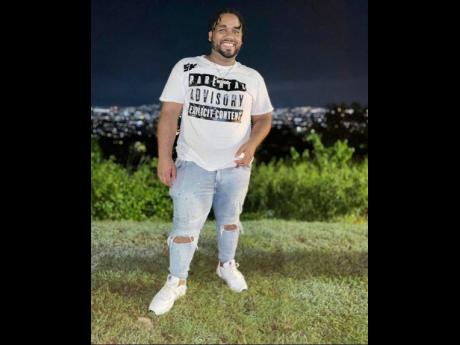 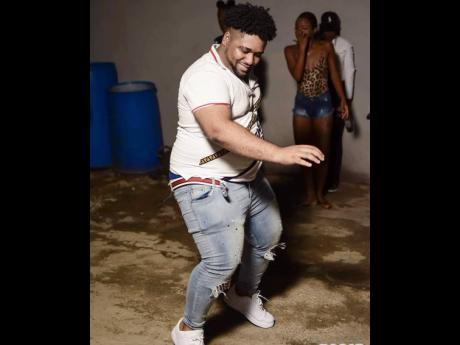 Romaine 'Romeii' Crooks is used to stares and people whipping out their phones whenever he and music are around. He knows he's not the average-looking dancer, but it's a fact he's using to make a name for himself while empowering people to pursue their dreams.

"Dancing is where I'm the happiest, and I have a point to prove; I want to show people not because of your size, not because of what people say, you can do it once you want to do it," Crooks told THE WEEKEND STAR.

"I'm making an impact on so many persons' lives because sometimes I'm on Instagram, and some persons message me and say, 'You make me feel good for a fat person'. Those little compliments and words actually made me continue, and up to this day, I've worked on my talent, and I've been seeing what it's doing for me."

The 25-year-old has been attending parties since he was a fifth-form student at Mona High School and now gets enough bookings to pick, choose and refuse. But it hasn't been a smooth journey. Though he was drawn to dancing, singing and cooking, he admitted that he didn't know what he wanted to pursue as he was being pushed in different directions by teachers as well as his father, who raised him.

However, through the encouragement of his late friend N-Guage, he started dancing at parties.

"Persons used to say, 'Who's that fat guy? Why is he dancing?'. I wasn't taken seriously, but N-Guage would motivate me and tell me to go out there and do my thing."

With dancing not yet paying the bills, he landed a call-centre job and pursued his dream of culinary arts through the HEART/NSTA Trust. He launched Romeii Cakes and More in 2018 and has been striking a balance between dancing and entrepreneurship through time management.

Sadly, Romeii lost his father three months ago, and this led to him taking a brief hiatus from the dancing space. However, with the encouragement of persons like artiste Delomar, who recruited him for his Round music video, which was released in October, Romeii made a return.

The visuals highlight Crooks' daggering signature, another element for which he gets attention.

"Many persons would look at it and say daggering is X-rated, it's something that is distasteful, but persons don't know the impact that Jamaica has on other countries. I believe that if I'm given the opportunity to actually travel to certain countries, I can put my country's name on the map."

He aspires to own a dance studio. Until then, he teaches children in his community how to dance.