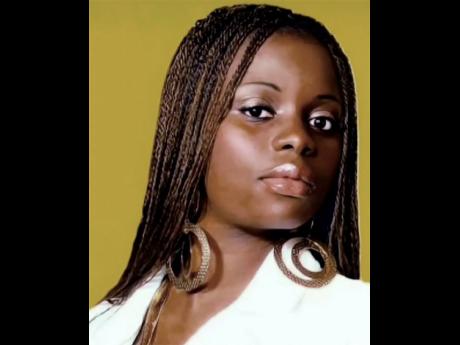 For many of her peers, receiving a Grammy Award is the pinnacle of success. But for Sista Sasha, making people 'God-conscious' is the ultimate award.

The gospel singer is readying her multi-genre sophomore album for February.

"What inspires me is when I look on YouTube and I see somebody put a comment under a video or song and say, 'Sasha, I love this song so much; it changed my life, it blessed me'. That's what makes me feel good," she told THE STAR. "To know that I can touch somebody's life or make people become God-conscious is greater than any Grammy to me and that's why I do my music."

The album will see primary production from Firehouse Crew's George Miller with other productions from names including Turbulence.

"Turbulence just hit me up the other day and he's doing production now so he's actually producing a new track with me that's called Super Trooper," she shared. "Most of the album will have a reggae vibe and there will be one and two that are for the international market, and I have some African vibes on it too because I love African rhythms so much. I'm hoping it will touch some territories so who don't know of Sista Sasha, will."

She's been reaching different territories with her latest release, Roll So, produced by Delroy Lingo on the Gatekeeper rhythm. The track recently received the award for the number one song on the GLN top 10 reggae gospel chart, run by Caribbean-American gospel radio station GL365.

GETTING A LOT OF LOVE

"The feedback has been awesome," she said. "It's been number one on a of couple radio stations in various places but it's really getting a lot of love. I did a video already but I wasn't really happy with the editing of it so I decided to reshoot it. So that's what I'm trying to work on right now because you know visuals are very important. Everybody is on the Internet so when you put out the video it gives the song or whatever you're doing more strength."