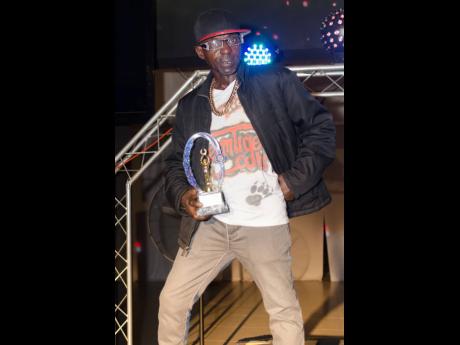 A meet-and-greet fundraising event is being held for dancehall veteran Tiger on December 26, spearheaded by Dancehall Queen Carlene Smith.

Smith's friendship with the toaster stems far back, and she was even there with him when he was admitted to the hospital in 1994 following the near-fatal bike incident from which he has never fully recovered. His health issues recently resurfaced publicly after he suffered a stroke. Part proceeds of the event will be geared towards financing Tiger's varied medical expenses.

"All through these times, especially when he was in Jamaica, my sister Pinky and I, especially Pinky, have never lost contact with him and was always doing whatever she could to help," Smith told THE WEEKEND STAR. "I've always been there if it's even his basic needs. Pinky and I have been doing that, so this isn't far-fetched for us... We don't have a set monetary goal; we're just going with the support, but we'd love to raise enough where he can get consistent treatment. He has therapy to do as his left side is not functioning. We have a lot more brain scans and tests to be done because there are other things that's happening with him health-wise that I don't wanna discuss publicly, so it doesn't stop here."

Tickets are being sold for $6,000 and VIP tickets for $10,000. Smith said various members of the entertainment fraternity, both young and old, have already given their support.

"I want to big up Bounty Killer for donating $400,000, and Anthony Malvo has also donated," she said, before reeling off several names including Pamputtae, Ce'Cile, Mr Lexx, and Barrington Levy.

"It's a good look... Tiger is a name that I can say few artistes will never live up to. He's energetic, lyrical, humorous, trust me, just really entertaining, so it's great that I'm alive and well and can contribute," she said. Smith said all COVID-19 protocols will be observed at the event and highlighted that "it's not a party".

A Real Helping Hands page was previously set up for Tiger with a goal of US$8,000, more than half of which has been met.