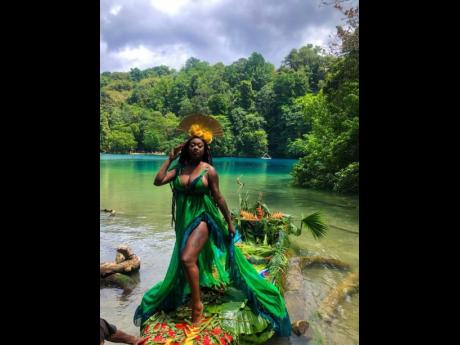 Head honchos at OMC Records hope their upcoming rhythm project will take them to the mainstream.

While unnamed, the rhythm features a mixture of top and up-and-coming acts with songs by Shaneil Muir ( Hype and Boasy) and Silk Boss ( Dat Rich) set for release this Friday.

"We just want to be out there so persons can associate quality music with the brand. So whenever we come again and say we're gonna do a next project, persons are not shying away from it as they'll know who we are and they'll give us the strength because we are here to give them the strength also," co-owner Renardo 'Bobo' Fowler told THE STAR. The other owners are Kamar 'Dropis' Lindo and Ricardo 'Ricky' Kerr.

The name OMC Records is an ode to One McKinley Crescent in Kingston, but the label is currently based in Montego Bay, St James. The label was established in November 2020 and has released a few singles, but the principals count the rhythm as their first official project. Fowler said they acquired their line-up primarily through the connections of others on the rhythm.

"We know Shaneil Muir differently from outside of the music business so it was not difficult getting through to her. But the rest of the artistes are based off persons knowing persons and introducing us to them," Fowler said. "Rytikal, Chronic Law and some other artistes on the rhythm will be released at a later date, then we'll have the compilation, basically, of the album."

In a digital climate of record labels popping up left and right, Fowler said OMC Records distinguishes itself in various ways.

"What I've learnt so far is it's an ego-driven business and we are trying to separate ourselves from being egotistic," he said. "We want to be easy to work with, we want to learn, we also want people to listen to us. So if it's a project, I can share my views and you can share your views, and in order to go forward, we work together."