Visionary wants to be the light 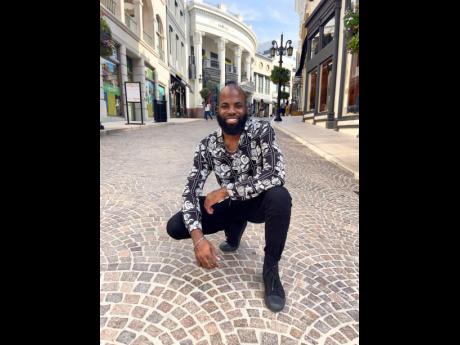 Up-and-coming singjay Visionary deems himself the light the world currently needs, and he'll be emanating on the upcoming track God Can, alongside Trinidadian gospel artiste Nigel Lewis.

The single forms part of Lewis' 2022 album R.A.W (Righteousness Always Wins) and will serve as Visionary's recording debut. This follows three years of him working as a producer and a mixing and mastering engineer.

"I've showed it to a lot of my friends and everybody is listening to it saying they can't believe it's me because they're so used to me being behind the scenes," Visionary told THE WEEKEND STAR. "They say I sound so good and that after this, I should release my own album."

He's already working on it and will be using an unconventional approach to deliver the gospel. The Florida-based act said he'll be releasing music with "good teachings and values" to lure audiences, and then "deliver Jesus to them".

"There's so much negativity in the music industry right now that's changing the minds and hearts of people, especially young people ... ," he said. "You can see it in the US where you look at different artistes literally selling their souls trying to become something they're not just to make it. My vision is I'm trying to get us to a place where we can transform the music industry by putting out positive music."

Visionary, whose given name is David Hopkins, was born in Kingston but relocated to the US at an early age. Growing up in a tumultuous household, he found refuge in music and joined the jazz band while attending the North East High School in Florida. The self-taught pianist graduated from Florida Atlantic University in 2018, where he studied commercial music. He has worked with the likes of Enrique Iglesias and Pitbull, thanks to networking with producer Carlos Paucar. He also did a stint at the popular Circle House Studios, working with acts including Cash Money and Ace Hood.

Speaking on his work in the secular industry, Visionary said: "In Proverbs chapter 18, there's a verse that says, 'Your gift will make room for you and put you before great men'. Not all of those great men will be Christians, so I like to look at it from that point of view. Sometimes I do work on secular music, but they're inspirational songs," he said.

His experiences have allowed him to open his own studio, The Vision Recordings, through which he has worked with artistes like DJ Nicholas, on his Abnormal Decibels album, and Daniel Musgrave, on Wave It, a double award-winning track at this year's Antigua & Barbuda Gospel Music & Media Awards.