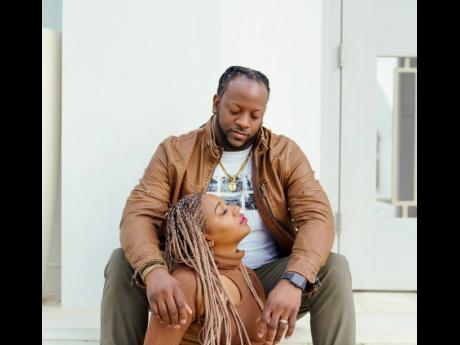 Independently produced by both artistes, the single explores everyday occurrences in relationships that result in separation. While sharing that it's natural to encounter pitfalls in relationships, the two also share that there is no shame in wanting to fix broken unions through manifestation.

"This single comprises a little bit of everything of our fans. It's sexy yet it provokes the emotions and thoughts of its listeners by getting them to think about their own relationships. We also chose the song title to shed light on the word itself and how listeners can use manifestation as a tool to effect change into their lives," said JahJah.

With the single steadily making rounds on media platforms because of its sultry soothing delivery, both artistes have opted to shoot visuals for the track. The visuals are slated to be released January 2022.

Baccha Blu released her official album titled Stories That Ended earlier this year and shares that she plans on extending her promotional campaign to the Caribbean following the expansion of her fan base in recent times. JahJah continues to work on a follow-up project to his 2018 JahProved album.