Gully Bop needs help but ‘not gone to the dogs’ 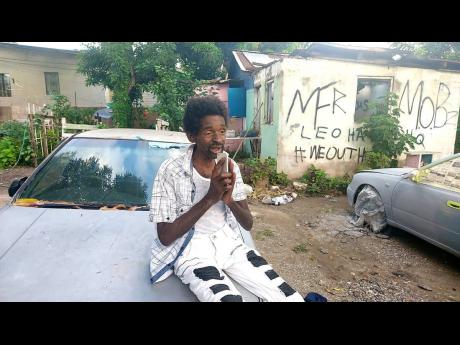 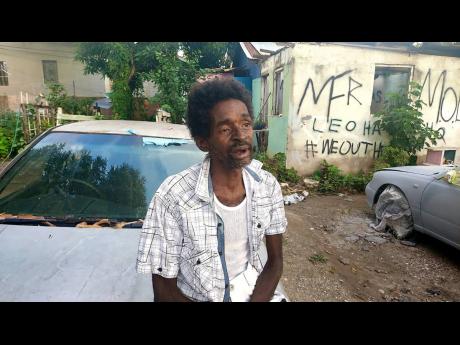 These days, Gully Bop's life is like a badly written movie script.

The entertainer was released from the Kingston Public Hospital (KPH) last Saturday, after spending one week, only to be rushed to the University Hospital of the West Indies that same night.

And the circumstances were bizarre. He was feeding his dogs when they ripped off the colostomy bag, which he had been fitted with at the KPH. A colostomy bag is the plastic bag that collects fecal matter from the digestive tract through an opening in the abdominal wall.

Builder's Music producer, Diabdon Ferron, who has been assisting the down-and-out entertainer even before he took ill, told THE STAR that he was the one who took Gully Bop to the hospital.

"Bop called me after 10 p.m. to say that he was feeding his dogs and they were so happy to see him that they jumped up on him and tore off the bag. I quickly drove to his house and, bwoy, I had to be strong," Ferron said.

Sitting on the bonnet of an old car parked in the yard, a meagre Gully Bop explained that his "tripe buss" and "the doctor dem put a tube in mi side, and I have to wear a bag". With a warning, he pulled away his shorts to show the opening.

He expressed gratitude to Ferron for his care. "Him always deh deh fi me. Him have mi back. The first song mi sing ,a him father produce it," he said, as the producer helped him to put his clothes on.

He continued: "Gully Bop sick out bad man. Mi just want the people dem fi know that true mi look so mi nuh gone to the dogs. Cause sickness come to anybody. Round a month ago, one a mi sister and one a mi bredda bury. Corona kill one and cancer kill one. The third one a me, but nuh tripe nah go kill me, though."

Gully Bop, who rose to stardom on the wave of a song titled Body Specialist, in which he boasted that 'every gal want a piece offa mi,' now declares that he needs assistance, "but mi nah go beg nobody".

In a curious twist, Ferron, who is willing to help, has threatened to ditch Gully Bop if a situation with his management isn't rectified. They reported his page on social media and it has since been taken down. Gully Bop has pledged to "fix things".