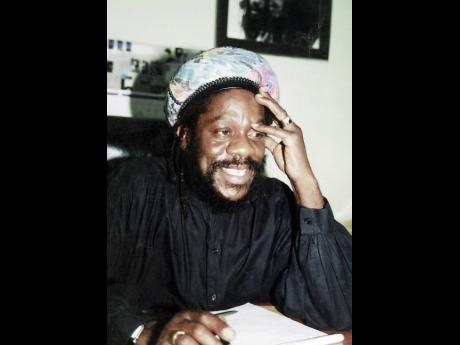 Released in 1987, Inseparable is considered one of the jewels in Dennis Brown's crown. The album was re-released on vinyl in October by Heavybeat Records and LTK20 Records.

Inseparable contains songs like the horn-hooked title track, So Nice to be With You, Since I've Been Loving You, and Stop Your Fighting.

It is produced by Willie Lindo, owner of Heavybeat Records, who also played guitar and wrote several of the songs. He described Inseparable as "a solid album" that still resonates with lovers of easy-listening reggae. Lindo and Lindel Thompson of LTK20 Records want a new generation of fans to discover Brown, the 'Crown Prince of Reggae', at his best.

"They may not know the songs, so that's one of the reasons for putting this out again," said Lindo.

In addition to Lindo, some of the other musicians who worked on Inseparable were Dean Fraser, who played the jazzy intro on the title song; trombonist Nambo Robinson, keyboardist Keith Sterling; and bassist Lloyd Parks.

Lindo and Parks previously played on some of Brown's biggest hit songs, including Should I, Love Has Found its Way and Stay at Home. Inseparable marked a return to the charts for the prolific Brown, who began recording in 1968 at age 11. He died in July, 1999, at age 42.